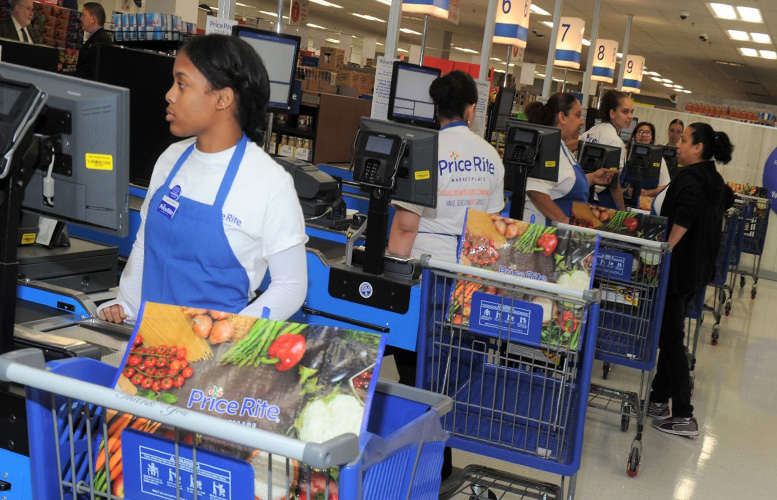 The downtown Paterson shopping district became the home of a new PriceRite at the Center City Mall over the weekend. The supermarket which brought 88 new jobs to Paterson features 34,000-square-foot of fresh fruits, vegetables, meat, seafood, and dairy products. It also contains an organic section.

“This community needs access to healthy and affordable food options and shoppers will find them at this beautiful new store. The opening of Price Rite also furthers our commitment to investing in Paterson to create jobs,” Ekaterina Valiotis, director of property management at Alma Realty, owner of the Center City Mall, said. “Local residents can work and shop right here in their own community, which in turn has an economic multiplier effect, helping to boost small businesses and encourage new development.”

80 of the 88 jobs are filled by Paterson residents. More jobs are expected to be created at the store at 301 Main Street.

The store officially opened on Saturday ahead of Thanksgiving with a ribbon cutting ceremony. Officials from Inserra Supermarkets which is operating the PriceRite of Paterson celebrated the opening by donating $2,500 to the Food Bank of New Jersey.

Opening of the new supermarket is part of the $100 million redevelopment of downtown Paterson led by Alma Realty over the past decade. The mall supports 400 onsite jobs and continues to add new retail and office businesses.

“This is such an incredible sign of progress for the redevelopment of Paterson’s Downtown,” Valiotis said of the opening of the new PriceRite.