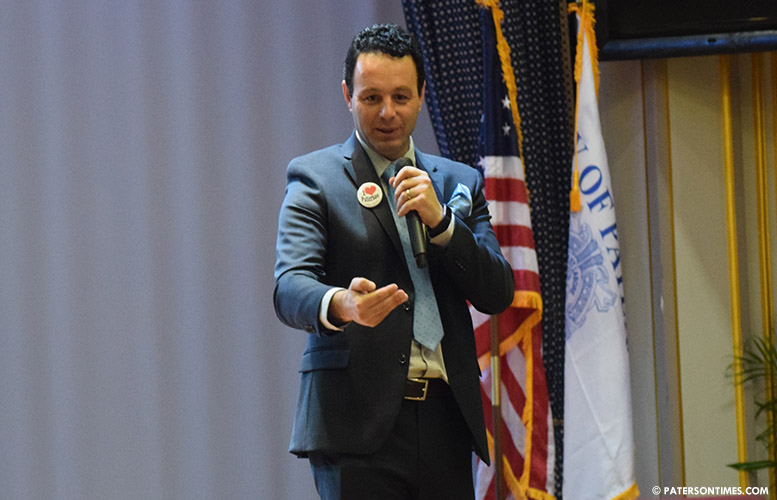 Mayor Andre Sayegh, who has struggled to run New Jersey’s third largest city since coming into office two and half years ago, could be the target of a no confidence vote in the City Council.

Khalique raised the issue on Tuesday night. He wants the no confidence measure placed on the council’s agenda for next Tuesday.

“There’s a number of things where we have seen gross failure,” said Jackson. He said the measure targets the “overall” performance of the mayor and his administration. He read out a list of the mayor’s failings, from botched sewer reforms to failure to provide basic services to residents such as recycling pick up and snow removal.

Sayegh said he is not worried about the no confidence vote on Wednesday morning.

“For the last 11 months, I have been firmly focused on guiding Paterson through this pandemic. It is unfortunate that some Council members want to play petty politics during this global crisis. Bearing in mind the severe criminal charges that certain political opponents of mine on the Council have been charged with, I realize that their opposition to my leadership only reinforces that my administration is on the ethical and efficient side of the equation,” said Sayegh in a statement. “I remain confident the process of justice will speak volumes about the ultimate intentions of those who decide to put their own political ambitions above the needs of our residents. We will get through this, as we look forward to changes on the Council in the future.”

Sayegh unsuccessfully tried to reshape the council in the May and November elections.

“From my perspective, that was one of the biggest ball drops to begin with,” said Jackson speaking of Sayegh’s Covid-19 response.

Sayegh was slow to institute Covid-19 testing for residents. Long after the first wave of the virus peaked, Sayegh signed up some doctors to run testing sites under the city’s banner. He also hired a firm that lacked the capacity to run testing sites. Eventually, the Division of Health rolled out mobile testing for residents. Sayegh scaled back the testing program in late December citing lack of money because of the expiration of the federal Cares Act funds. He later restored testing.

Both Jackson and Mendez were charged with voter fraud in the May 2020 election. Both men have denied the charges.

“He is continuously putting his hat on that claim,” said Jackson when told of the mayor’s comments about the criminal charges.

Council president Flavio Rivera has publicly said he has no confidence in the Sayegh administration. However, he has been reluctant to take part in the measure to rebuke the mayor.

“I don’t think a no confidence vote is going to change anything,” said Rivera. “It’s not a good look for Paterson at all.”

Rivera said if the measure passes it will mean a “black eye” for the mayor.

It’s uncertain whether the four council members will succeed in getting enough support to reprimand the mayor for his alleged failures.

Some council members are on the fence. Council members Luis Velez and Lilisa Mimms said they will have to hear the evidence from their four colleagues to determine whether they will support the no confidence measure.

Velez and Mimms are often aligned with the mayor. So are Al Abdelaziz and Ruby Cotton.

Sayegh is not the first person being rebuked with a no confidence vote.

Sayegh will be the third mayor to face a vote of no confidence. His predecessors Jose “Joey” Torres and Jeffery Jones were both subjected to no confidence votes.

Former councilman Julio Tavarez was also subject of a no confidence vote for making allegedly divisive comments in a Spanish radio program. His colleagues narrowly approved the measure against him in 2015.