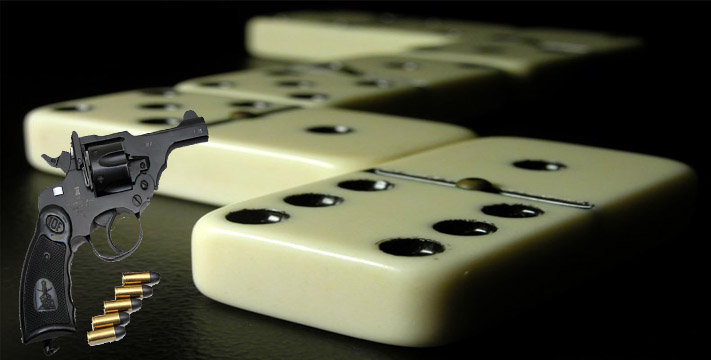 Early Monday morning, a group of people gathered and were playing Dominos, on N. 1st Street. Four men wearing skeleton masks interrupted the  game, pulled out guns, and demanded the group hand over the cash, but the victims did not have money. Struggle ensued between the two groups, gun shots were fired, but no one was hurt. The thieves fled on foot. This was reported by a lesser known newspaper.