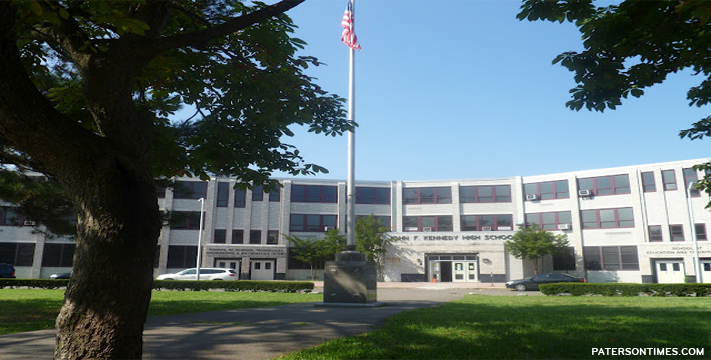 John F. Kennedy High School located off Totowa and Preakness Ave might get a brand new fence to keep out trespassers, reported a small online daily. The massive building complex that houses the school is one of a kind with its modern design, and elegantly pleasing front entrance — an anomaly in Paterson, where majority of the schools are run-down and dilapidated.

The city wants to put a fence around the building to better control the movement of students; it says a fence will keep out unwanted trouble-makers or those that dropped out or graduated who are often outside the school loitering and seeking trouble. A good number of fights between students — one presumes most of them are just that students — involved an outsiders.

In an effort to reduce the number of fights on premise between students and non-student trouble makers, the city wants to fence the entire school to better control the flow of people, which in theory ought to reduce the number of incidents, say the proponents of the plan; however, experience says otherwise, those against the fence say similar measures were taken, a fence was erected in East Side High School, where the fence did not improve the situation: the violence, fights outside the school, remained the same.

Citizens of the 2nd ward say, the fence, if it goes up, will make the school look more like a prison, and less like a place of learning.