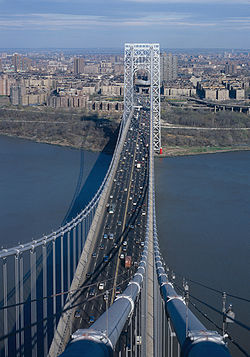 Police stopped a Paterson truck driver near George Washington Bridge for attempting to bypass the toll, reported a truck related magazine. Wiston Montas-Alejos, 25-years-old, was stopped by a cop when it became obvious that because the front license plate of the truck was tilted and the back plate had an obstruction blocking one of the digits of the plate number, to evade toll cameras from recording the correct plate number.

The 25 year old, who works for Altagracia Transport Corp., denied he was aware of the plate masking when he was questioned by the officer, who being a clever chap, took pictures of both front and back license plate before speaking to the driver. And when Mr Montas-Alejos did not acknowledge the masking, the officer whipped out the pictures.

By manipulating the license plate number Mr Montas-Alejos was passing the toll fees onto another truck company. The man had done similar tricks to avoid paying tolls at least 2 other times, and maybe even more, police are looking into the matter.

Wiston Montas-Alejos was charged for theft of service as well as few other infractions.