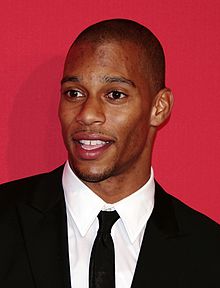 Lucy Molina, 77 years-old, was the grandmother of Victor Cruz, the famed New York Giants football player from Paterson, she passed away on Monday, September 10, 2012.

That famous end zone bit of salsa dance Mr Cruz does after scoring a touchdown was instilled in him, while he was a young child, by his grandmother.

On Sunday, the Paterson native, honored his grandmother by salsa dancing at the end zone.