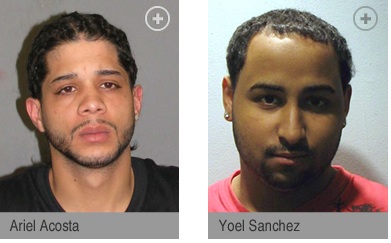 New Jersey State troopers were near Chamberlain Ave and West Broadway, upon seeing a drug transaction taking place, the troopers went to arrest the individuals involved in the dealing. And that was when one of the men, Ariel Acosta, 26-years-old, attempted to run over one of the officers.

Mr Acosta was shot in the chest, and taken to St. Joseph’s Medical Center, who was later released after treatment into police custody. The detective at the scene was injured as the suspect attempted to run him over.

The officers were all from State Police Drug Trafficking North Unit, an anti-narcotics organization much like the DEA.

Yoel Sanchez, 30-years-old, and a 17-year-old teenager, were also arrested for they were at the scene involved in the transactions; the teenager was armed with an illegal handgun.

The whole scene unfolded at around 8pm on Rite Aid Pharmacy’s parking lot.