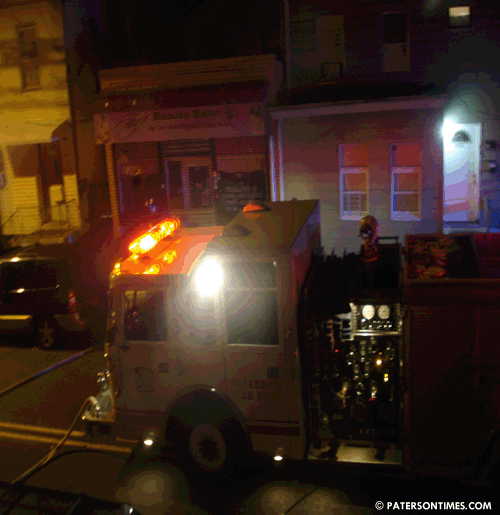 At little after midnight plumes of smokes emanated from a garbage heap put out for pick up in front of a house in Totowa Avenue. Some minutes earlier locals heard someone break a bottle outside, and upon looking outside, a small fire was spotted burning near a trash can.

The arsonist responsible for the fire was nowhere to be seen, but a police car had arrived on the scene, and few minutes after a fire truck.

Fire fighters dabbed water on the smoking trash heap causing the flames to die out.

The whole scene unfolded at around 1:30am on Tuesday morning.

CORRECTION: We mistakenly wrote Monday and it was in fact Tuesday.