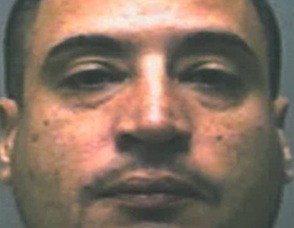 The man responsible for a series of sexual assaults was cornered by Paterson Police at his place of employment, but the man managed to flee authorities before they could nab him.

The man has been identified by police as Rafael Velez, 42-year-old, of Hispanic extraction, light skin, and tall.

He would take his victims at knife-point into an office building, take them up to the 6th floor of 129 Market Street, and rape them; he also threatened the relatives of his victims, telling them if police are informed he would kill the victim’s family members.

All his victims were young women in their late teens.

Authorities are still searching for the man.  If caught the assailant will face charges of aggravated sexual assault, kidnapping, and other charges.