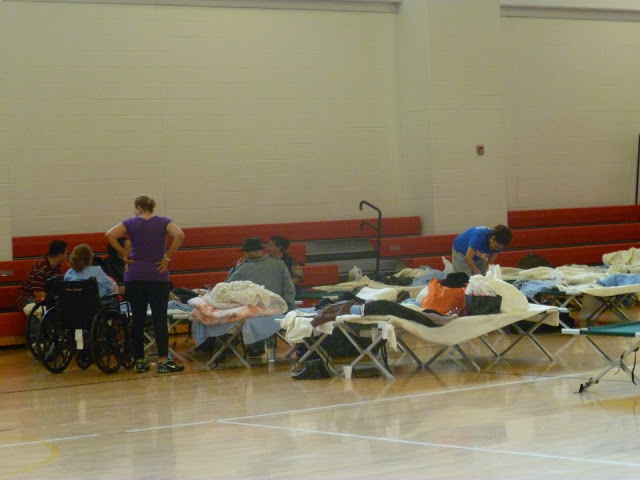 40 people were sheltered at International High School gymnasium last night during the intense winds and slosh, but a good number of them left in the morning as the storm ended. Margret Kelly, a person with the Red Cross said, “25 or so,” were still at the shelter. She said the shelter will remain open until everyone leaves.

Homeless people were transported to the school last night during the brunt of the storm by Paterson Police because it was not safe on the streets with winds going at as much as 50mph or higher. As for the others, they mainly came due to power outage; one man we spoke to teared up talking about the flooded basement of his east-side home.

Yesterday evening, at around 8pm electricity went out, and the place had to power itself using a backup generator. Bill Kelly, a Red Cross personnel, said, “The lights went out, I reached for the flashlight and I turned the flash light on, then the power came on. It was that quick!”

Ms Kelly said, the Health Department was out checking the homes of some residents to ensure it was safe for them to return.