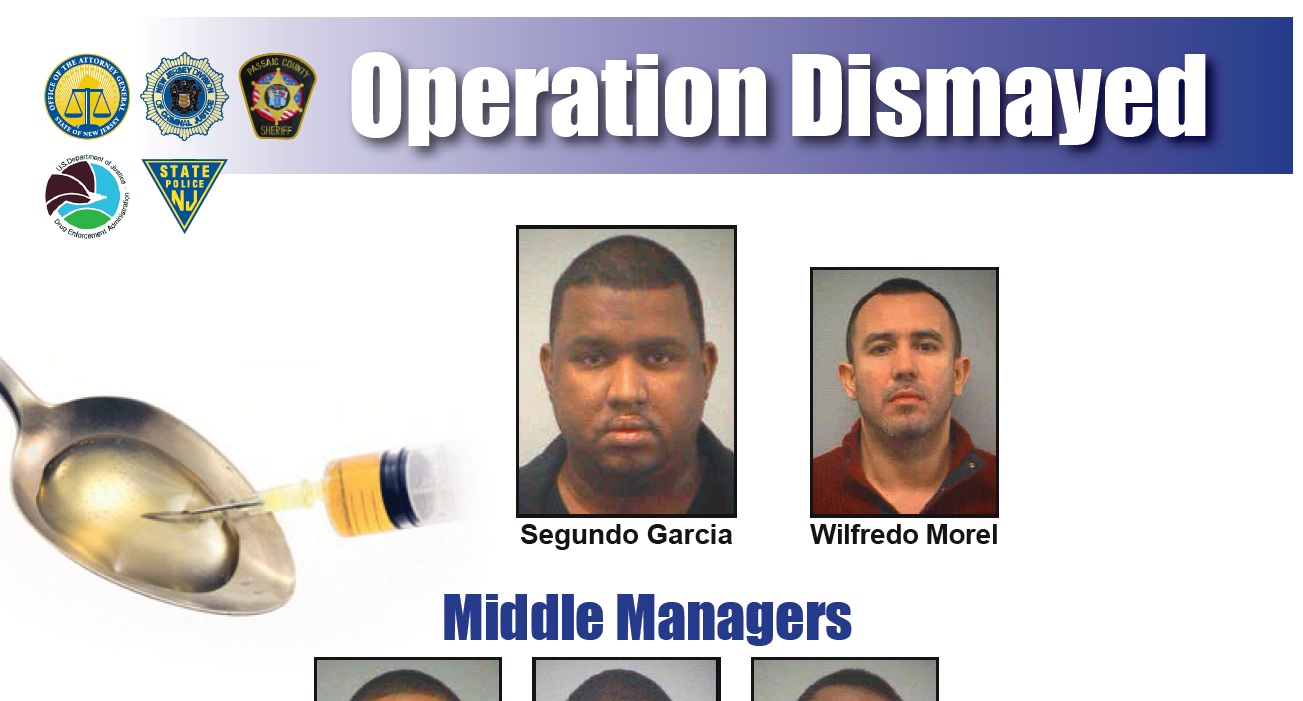 State Police with the help of other agencies took down a large drug distribution network running out of Paterson. Authorities have said the ring distributed heroin wholesale not just in northern New Jersey area but elsewhere in New York, Pennsylvania, and Washington, D.C.

17 people have been named in connection to the drug ring, and 14 of them have been arrested, while 2 remain at large.

The multi-agency force searched 10 homes and one car discovering “thousands of glassine envelopes” packed with heroin, and $255,000 in cash; the heroin uncovered in what authorities call “Operation Dismayed” is speculated to be worth more than 1 million dollar.

The aforementioned 10 residence located inside Paterson were used as “stash houses” and as “heroin mills” cutting and packaging small bags of heroin for street distribution. In one of the raids cops found “workers clad in aprons and surgical masks allegedly worked at these and other locations to cut, process and package heroin for the network.”

Segundo Garcia, 36-year-old, of Prospect Park is the alleged ring leader of the whole operation. Mr Garica has been charged with “first-degree distribution of heroin, first-degree possession with intent to distribute, and second-degree conspiracy”.

A complete list of all who were arrested in the operation are listed here.

CORRECTION: The total number of people involved was 17, we incorrectly reported it was 15.