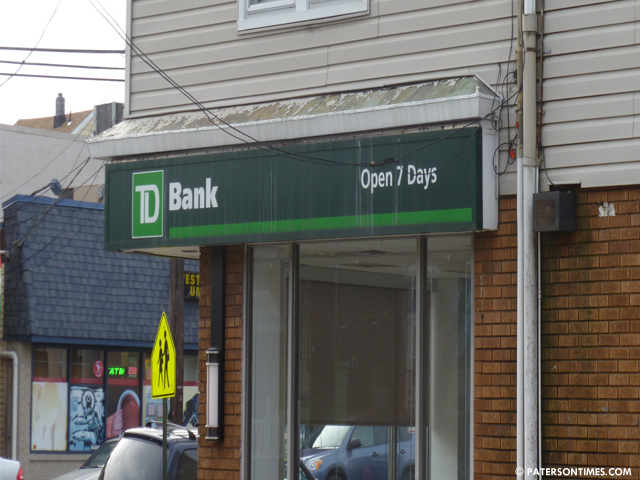 In a short time the TD Bank branch located on 399 Union Avenue became a cultural institution for the local community in the 2nd ward, but that branch will soon close down in a consolidation plan set forth by the company that will combine it with its Main Street branch.

9 employees working out of the Union Avenue branch will be moved to other branches; Jimmy Hernandez, a spokesperson for TD Bank, told us that over the coming months the company will help impacted employees find work elsewhere within the bank.

For many we spoke to it was at this branch that they first opened a bank account. One man informed us that it was in 2003 that he opened his first bank account at that location when the branch was known by a different name, Hudson United Bank, prior to TD Bank’s takeover, and that he was saddened by the consolidation.

Others have said they would move to nearby banks rather than travel a mile to Main Street.

Mr Hernandez said, “Our customers can expect a smooth transition with no interruptions to their service and absolutely no changes to their accounts”.

All branch customers have received a mailed letter informing them of the new location: 301 Main Street. And the effective closure date of the Union Avenue location: February 12, 2013.