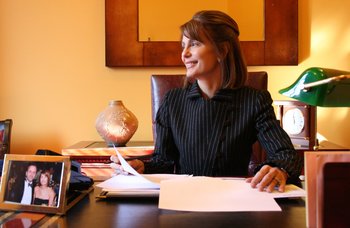 Ms Buono is the only Democrat preparing to challenge Mr Christie, who has accrued considerable amount of goodwill following the aftermath of Hurricane Sandy.

Last week she received many more endorsements from other major political players.

Mr Wimberly praised her record stating her commitment to fight for small businesses, public employees, and the working poor.

He also cited her run as Aouncilwoman, Assemblywoman, State Senator, and said: ” [in] every election she has overwhelmingly won”.  Running against an immensely popular incumbent can she preserve that record?