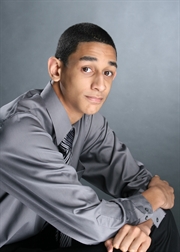 Joel Domingo Mateo was born in Wayne, New Jersey on December 23rd, 1996.  On Wednesday May 8, 2013 at the age of sixteen he passed away after taking his own life. Joel loved to skateboard among other things he enjoyed playing bass, and guitar with his friends.  He was an honor student at Passaic County Technical Institute.

Mr Mateo’s closest friends faced a great deal of sorrow. His best friend received Joel’s last text that said how much of a great friend he was.

Many who knew Joel say he was full of life and his friends were shocked by the news of his passing. Grieve stricken they voiced their sorrow on social media. The next day when they arrived to school they memorialized his locker. Post-it notes of “RIP” and “You’ll be missed” were plastered on his locker along with red and white roses. When there was no room on the locker two bigger poster papers were put up along one of PCTI’s hallway. In the morning few students stood along that hallway to take donations.

On Thursday evening, PCTI students received the last phone call on Joel’s status. It was the dreaded phone call that all students hoped wouldn’t come. He was pronounced dead. On Friday morning, PCTI observed a moment of silence in honor of Joel Mateo.

Micheal Parent, the principal of PCTI, said “Know that there are very few answers, but I assure you no person or group is to blame.” He called for the speculation to stop because there were no known cause that caused Mr. Mateo to end his life.

Although his life came to a tragic end, his organs — donated — will give hope to many others.

Funeral arrangements for Joel Domingo Mateo are as follows: visitation will be held on Monday from 5-9pm at Santangelo Funeral Home, 635 McBride Ave, Woodland Park, NJ 07424. A service will be held at 6pm.

You can visit Santangelo Funeral Home and light a candle or send flowers in remembrance of Joel Mateo.