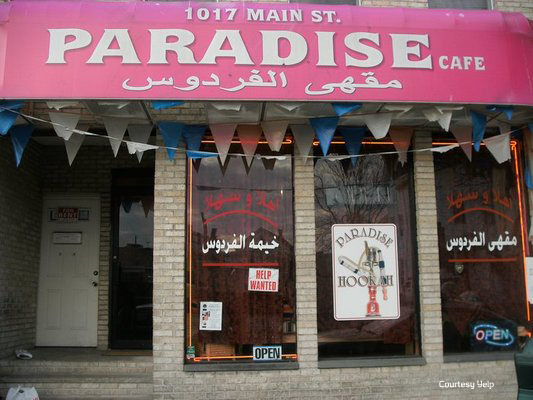 Paradise Hookah Cafe a bar located on Main Street almost became the victim of a robbery.

At around 3pm a man in his 20s walked into the store and attempted to snatch the cash register off the counter. The suspect pulled, however the register was pinned to the counter, making it impossible for the suspect to run off with the till.

The owner saw the man pulling, and sprang to action to thwart the robbery; the thief had in his hand a weapon which he employed against the store owner leaving him with minor injuries. After his failure, the suspect ran out of the store; the owner, who was slightly injured, did not require medical attention.