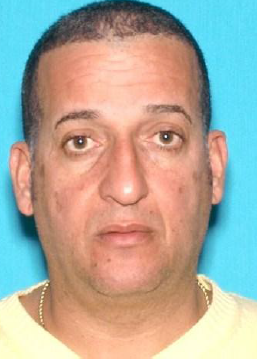 A Paterson resident who managed to obtain a drivers license using a fake identity has been arrested, according to the Passaic County Prosecutor’s Office.

Nelson Hernandez, 47-year-old, walked into the Broadway Motor Vehicle Commission office in Paterson in February, presented a number of bogus identity documents including a counterfeit birth certificate, and walked out with a New Jersey driver’s license.

Four years earlier Mr Hernandez attempted to obtain a United States passport by making use of his phoney information but the federal government figured out what he was up to and had him deported out of America. Mr Hernandez somehow snuck back into the county

In both incidents Mr Hernandez used the same fraudulent birth certificate belonging to another person as his own to illicitly gain a legitimate identification papers like a passport or a drivers’ license.

The State Department’s Diplomatic Security Service, the Department of Homeland Security, and the Passaic County Prosecutor’s Office Financial Crimes Unit worked together to apprehend Mr Hernandez. If convicted of wrongful impersonation Mr Hernandez will face 5 to 10 years in prison.