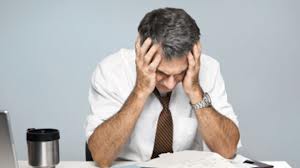 When people fall on hard times their bad habits come out. A person who has just suffered a traumatic experience will attempt to drown out his problems by excess drinking or going with the impulse to smoke. What about good habits when do they come out? A new study says whenever the going gets tough.

A study led by Wendy Wood and David Neal, both psychology professors, of University of Southern California, followed students at the university for a whole semester to figure out what they did when overstressed.

“Habits persist even when we’re tired and don’t have the energy to exert self-control,” says Ms Wood, one of the researchers. People who have good habits naturally fall on them in moments of anxiety and exhaustion.

In the ancient world, when Aristotle wrote, it was obvious to most citizens that good habits formed good character, so much so that that philosopher said, “We are what we repeatedly do. Excellence, then, is not an act, but a habit.”