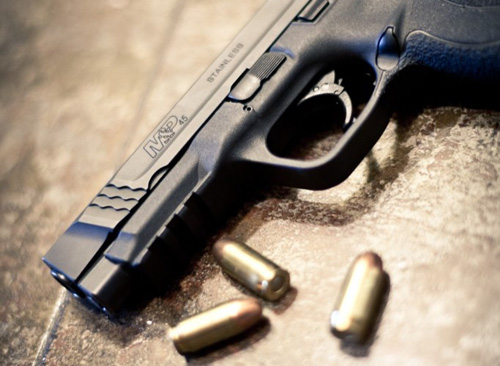 Concentrated patrolling of high crime areas leads to reduction in crime involving guns, according to a study released by Sam Houston State University.

Gun violence is rampant in Paterson. Just last week a shooting left three people wounded and one woman dead. How do you reduce gun violence?

“The use of directed patrols to target illegal gun possession in high crime locations” has an effect on criminals who might be thinking of engaging in the next shoot out, according to William Wells, one of the researchers from the school’s criminal justice program.

Mr Wells, along with colleagues Yan Zhang and Jihong Zhao completed the research, where they took data from the Houston Police Department, and used it to find patterns.

The researcher took an entire year’s – 2007 to 2008 — worth of data from the aforementioned police department to come up with the findings; they analyzed 197 illegal gun possession arrests.

“An interesting phenomenon observed in Houston and in other cities is that relatively small numbers of additional gun seizures (and gun possession arrests in the current analysis) generate meaningful results,” says Mr Wells.

The results seem obvious, the more guns you take off the streets through police action, the less gun violence; however, even if that number is small, for some reason, the gun violence rate declines, maybe criminals communicate to each other to say: “the police are out to get our guns, don’t use them less you want to lose yours.”