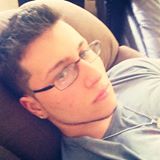 A man was fatally shot in Fair Street on Wednesday night, according to Paterson Police.

Isaac Rinas, the victim, 18-year-old, of Wayne, was in the area of Fair and East 18th Streets at around 9pm with a friend on Wednesday, where a man got into the backseat of his vehicle, produced a handgun, and ordered him to step outside of his vehicle, after which the gunman shot him in the neck. Mr Rinas died from the gunshot.

The suspect is described as a black male. Police found Mr Rinas near his car lying lifelessly on the ground.