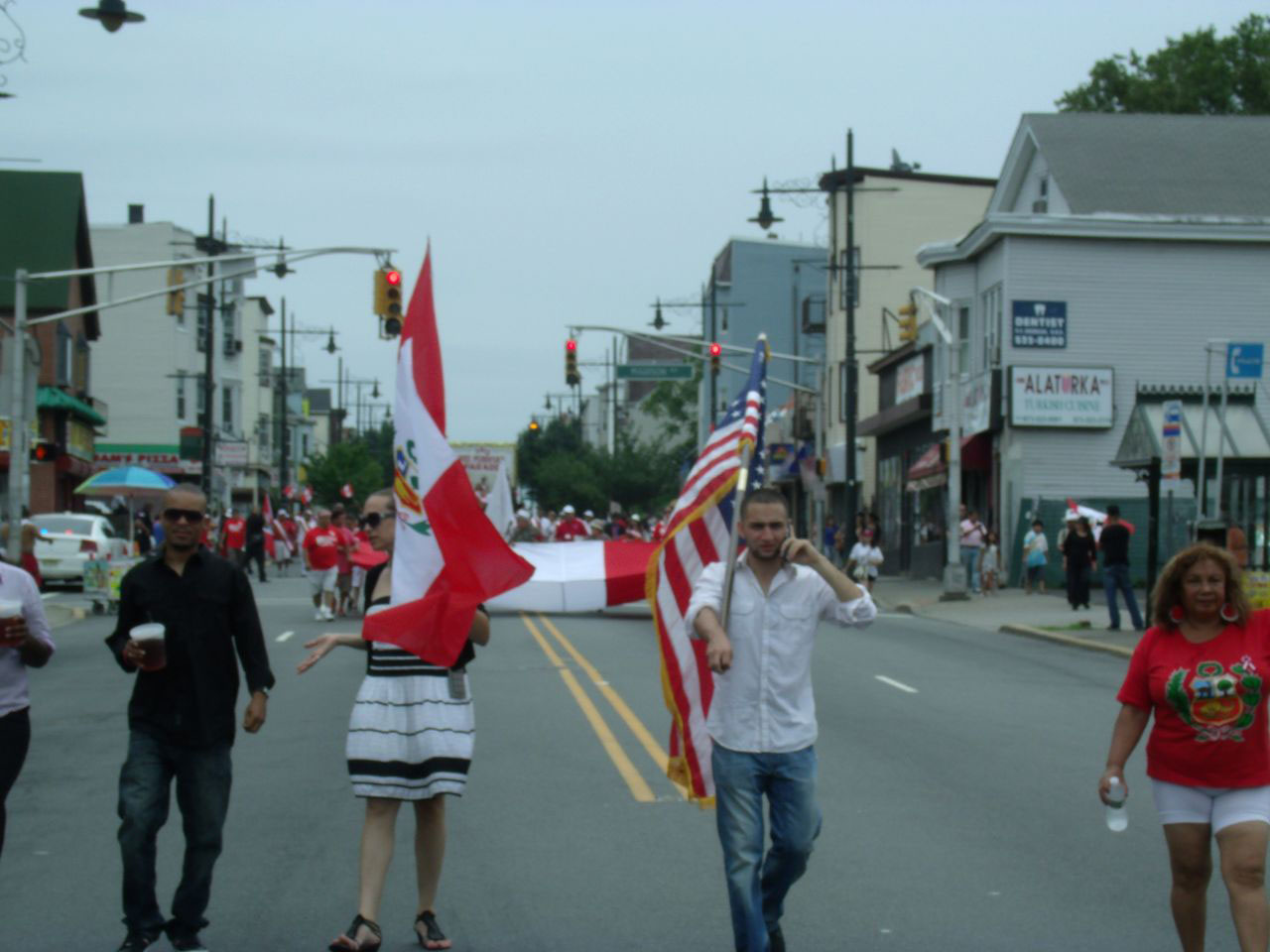 Hundreds of Patersonians lined the sidewalks of Main Street on Sunday afternoon to observe the 27th annual Peruvian Parade. The procession began in Passaic, passed through Clifton, and entered Paterson through Main Street.

An hour prior to the parade city resident began gathering in small scattered pockets throughout Main Street setting up lawn chairs to get a good view of the procession as it moved down the street towards the City Hall.

Jenny Ruiz, 41, and her daughter Sophia Ruiz, 11, setup two of their lawn chairs on the sidewalk. Ms Ruiz says she has been attending the parade since last year; “This is my 2nd year,” said Ms Ruiz. Her daughter Sophia was much more excited, saying she liked a lot of the music in the parade, “There’s a lot of music.”

Near them, sitting on a building stairs, was Wilber Guerrero, 34, dressed in a Peruvian flag colored t-shirt, a video technician, who brought his family, his wife and 2-year-old daughter, to witness: smiling politicians march down the street, large floats, each one of them blasting its own Hispanic music, lazily pass the crowd, and the large number of sponsored floats from the likes of Goya Food. Some of the sponsors were handing out ice-cream to the crowd from the procession carts.

Mr Guerrero said he has been attending the parade, the largest in the state of New Jersey according to the organizers, for the past six years. The procession dragged on for more than an hour with tens of floats; there weren’t just floats, there were native dancers, who despite being exhausted – some of them were pouring water on their heads – performed native Peruvian dances while attired in their native costumes.

Vendors filled the sides of the road selling hats and other knick-knacks much of it bearing the flag of Peru.

As the participants of the parade marched down the street Ms Ruiz’s daughter Sophia stepped out of the sidewalk and onto the street to take pictures with those she deemed interesting. The parade, in her own words, “It’s something special”.

Image Gallery of the Parade