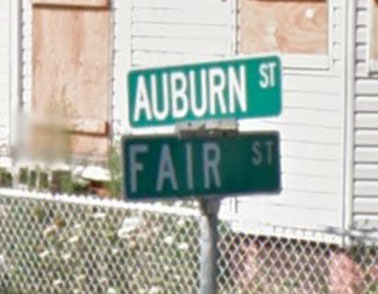 A resolution has been adopted by the City Council on Tuesday to designate Auburn Street to also be known as Freedom Boulevard.

Auburn Street, a name that was designated to the small stretch of land then known as East Carroll Street, was denominated by Hugh C. Irish, an American Civil War soldier who fought against the confederate army. Jimmy Richardson, a resident of Hillside, who spoke in front of the council on Tuesday, related the history of the street, he said,  “A delivery was made to [Mr Irish] him, as this delivery was handed to him, it read ‘from Auburn, New York’, an alderman [who was in the house picking up a signed petition] asked him, what he wanted to name the street, and he said: Auburn Street.” (Video)

A year later, “on November 17, 1861, Auburn Street was recorded into the municipal records,” according to the council resolution sponsored by Ruby Cotton, councilwoman for the 4th Ward. It appears the street was named by Mr Irish out of sheer caprice which is why Mr Richardson and others feel a more apt name is needed for the avenue inside whose church Martin Luther King junior, a pacifist, delivered his last speech in 1968.

However, neither the sponsor of the resolution nor Mr Richardson wish to rename the street entirely, rather they simply wish to add “Freedom Boulevard” in the street’s name in addition to its present name.

Charles Danforth, in honor of whom the Broadway library was built by his wife, was another civil war soldier, who fought, and gave his life to preserve the union. Francis Butler, a chaplain in the civil war, was a bishop at a church on Auburn Street. Mr Richardson says because all of these individuals fought and died for the cause of freedom it is only proper to call that street Freedom Boulevard, he said, “all of these gentlemen died…for freedom of African-Americans during the Civil War.”

The resolution designating Auburn Street also to be known as Freedom Boulevard was unanimously voted and adopted by all, present, eight city council members, during the July 30th, 2013 council meeting.