Residents of the 4th Ward came out onto the streets with their neighbors to demonstrate to mischief-makers they will have none of it in their neighborhoods.

On Hamilton Avenue friends and neighbors got out with their whole families: some children, as young as three and four, were running around the street; others, a little bit older children, rode on bicycles.

The 4th Ward, one of the most violent and run down in Paterson is well known to city residents as a hot bed for criminals. During most days, the youth, who came out Tuesday evening, are seldom spotted on the streets; many of them stay indoors to preserve their safety.

Tonight was a different night in the Fourth; residents came out in solidarity with their neighbors and the police to send a strong message to drug dealers and criminals who overcrowd the streets of nearby Carroll and Fair Streets.

William Fraher, the city’s acting police chief, said, “National night is where people in neighborhoods like this get together to stop crime, stop disorder, stop the nonsense that goes around in these communities.” Around the city communities – many who live in fear of stepping outside of their homes – came out tonight to enjoy a night with their neighbors.

Warren Kennedy, a resident of Hamilton Avenue, who has been living in that street for more than a decade, was putting ice inside of his cooler which was filled to the top with small juice containers that he brought out from his home to hand out to the neighborhood children. Mr Kennedy said the night, “gets the neighborhood together.” And by ensuring familiarity between neighbors it reduces the disorder in the neighborhood.

On Mr Kennedy’s block residents were grilling chicken for not just their families but their entire neighborhood.

Mr Fraher, whose department’s top brasses were making their rounds at the various block parties, showing unity with the local communities, said, “It’s about taking back the neighborhood.” 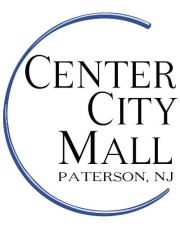