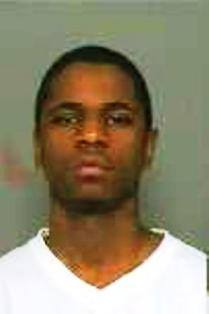 Christian Patterson, a suspect who shot a man three times in the head during a robbery on Van Houten Street back in May 11th, 2013, was apprehended by detectives from the police department on Monday afternoon, according to the Paterson Police Department.

Patterson was standing in the corner of Park Avenue and East 23rd Street on Monday, at around 2 p.m. when officers saw him, upon recognition officers handcuffed the suspect and took him into custody. Patterson avoided capture for the past three months, but his time clearly ran out on August 12th, 2013.

Patterson was charged with attempted murder and unlawful possession of a weapon in connection to the Van Houten Street robbery.

During the May incident, Patterson  approached a man on the aforementioned street with the intent to strip him of his belonging; however, it appears when the victim showed signs of resistance, Patterson  shot him multiple times in the head. Fortunately, the victim did not die from the gunshot wounds; police arrived on the scene and found him bleeding profusely from the head; the victim was transported to St. Joseph’s Regional Medical Center.

Patterson got away with the victim’s cell phone and money.