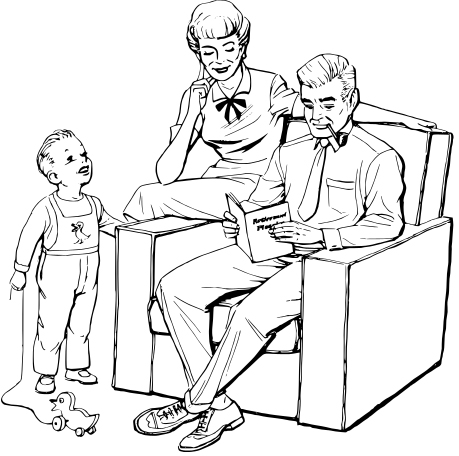 In recent years American families have diverged from the path of the nuclear family that includes a dog and a white picket fence explains a new study done by Zhenchao Qian, professor of sociology at Ohio State University.

The study analyzed data from the 2000 United States Census, the 2008-2010 American Community Survey, a yearly survey administered by the Census Bureau in which a small amount of the population is sampled. Other sources have also been used mainly from the US 2010 Project, a project that tracks the trends in American society.

“The state of American families has become increasingly polarized,” says Qian.”Race and ethnicity, education, economics and immigration status are increasingly linked to how well families fare.”

The analysis shows that young people are delaying marriages causing an overall decrease in marriage and an increase in being single; divorce and remarriage rates have risen as well. However, educated, economically stable, and white individuals have a higher family stability rate than uneducated, poor, and minorities do.

Qian points out the Great Recession, an economic decline during late 2000s, may be the reason for such change.

“There is no doubt that the gap between America’s haves and have-nots grew larger than ever during the 2000s,” he said. “The growing racial, ethnic and educational divide in American families had a lot to do with economic resources, a factor that was especially important during the Great Recession.”

Yet there is hope. Immigrants reflect the “typical” American family, they tend to have higher successful marriage rates, lower divorce and remarriage rates, and were less likely to have sexual relations before marriage except Hispanics.

The study does not take into consideration that the modern American family also consists of homosexual couples.