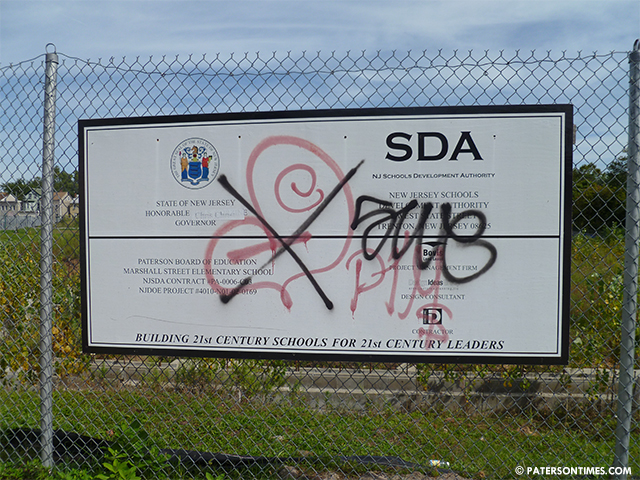 A spokesperson for the New Jersey Schools Development Authority, an agency that builds school in poor school districts, has said the long-awaited Marshall Street school is stuck in “Constructability Review.”

“The Constructability Review requires the awarded Contractor, construction manager and architect to review the contract documents, identifying any potential conflicts and resulting cost impacts prior to the start of construction,” explained Edythe Maier, a spokesperson for the agency.

In July, the agency awarded a contract worth $29.3 million to build the school to Ernest Bock & Sons, a Philadelphia based construction company. During that announcement, the agency stated that the school would “break ground this fall” after a “satisfactory completion of the required Constructability Review.”

When will this review be completed? “The length of the Constructability review varies from project to project depending on the complexity of the project,” stated Maier, when asked about the time frame for the review. The review is “instrumental step in the process toward eliminating change orders and construction related delays,” stated Maier. Previously, the agency had begun building the school, built a foundation for the building, and then abandoned the site after political climate in the state changed. It is unclear, whether this review does anything to prevent similar issues from arising.

For now, the stated opening date for the school, according to the agency is still fall 2016; when asked, whether the lack of construction at the site will push that date further into the future, the spokesperson said, “Any changes to project schedule would not be determined until successful completion of the Constructability review.”

The elementary school, once completed, will house 650 students through kindergarten to eight grade; it will contain 45 classrooms, and “a gymnasium, a cafetorium, special instructional classrooms for music, and art, a computer lab, technology room, science demonstration laboratory, and a community room.”

Last week, locals protested the delayed start of the project by holding up signs that read, “A decade of empty promises” and “We need new schools now!” Many mentioned the overcrowding in district schools, including in School 9, where there are more than 30 students per a classroom. Although the new school is no panacea, it will relieve some of the overcrowding pressures from other schools, creating less crowded classrooms that are more conducive to learning, according to some teachers.

It has been more than 10 years since the school was promised to the city, yet after a decade there is nothing to show, forcing the protest that took place last week. Vague answers provided by the agency do not help much; education advocates, teachers, and parents hope they do not have to wait another decade for the much needed new elementary school.