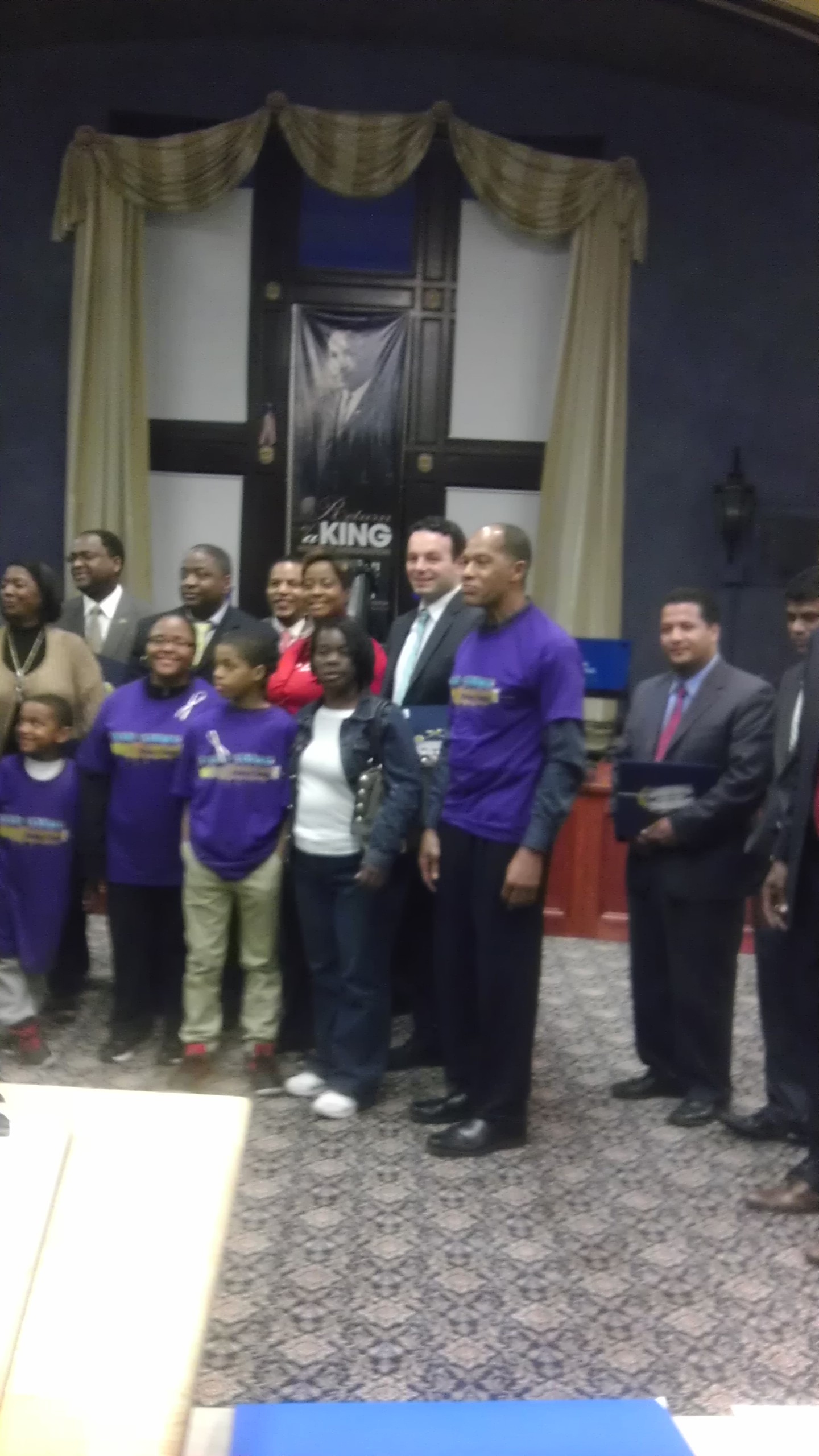 A number of individuals, mainly school children, were recognized for their volunteer role in signing up Patersonians to receive large recycling bins by both the City Council and the mayor.

Being presented with awards were volunteers from School 26, School 28, FreeTeens.org; Paterson Girl Scouts Troop 9, Passaic County Probation, School 4; School 7, ; and Paterson Recreation Department or as Jeffery Jones, the city’s mayor, said, “My kids.” Groups from each of these schools and organization went door to door to encourage residents to recycle.

“If we don’t recycle, we’re losing money,” said Andre Sayegh, 6th Ward councilman and council president, who is one of the main backers of the recycling imitative. Earlier in the year Sayegh led an army of volunteers on a door to door campaign to sign up as many residents as possible to receive a can; that army included more than two dozen school children who were presented with diploma like paper recognizing them for their service. “If 30-percent of Patersonians recycle that’s a million dollars,” said Sayegh.

The idea for the initiative came to elected officials while attending the annual League of Municipalities Convention some years ago; officials saw other cities doing everything in their power to nudge residents to recycle. “You didn’t have to go to Atlantic City to find out there was litter and trash on the streets,” said Jones, who handed out the awards.

Money to purchase the large garbage containers came from the Clean Communities grants. Sayegh said the children have inspired many in the community to recycle, and he hoped others would follow their example and turn in everything that can be made anew, because it would bring more money to the city. “You’ve inspired these people to recycle,” said Sayegh.

A woman, who was standing in the chamber, said she did not receive a can and no one knocked on her door. Sayegh said the city will receive batches of containers in November, when other residents, those who did not hear a knock on the door, will likely be able to grab one.

“The day we see every apartment with recycling cans in front of them we know everyone is recycling,” said Jones.