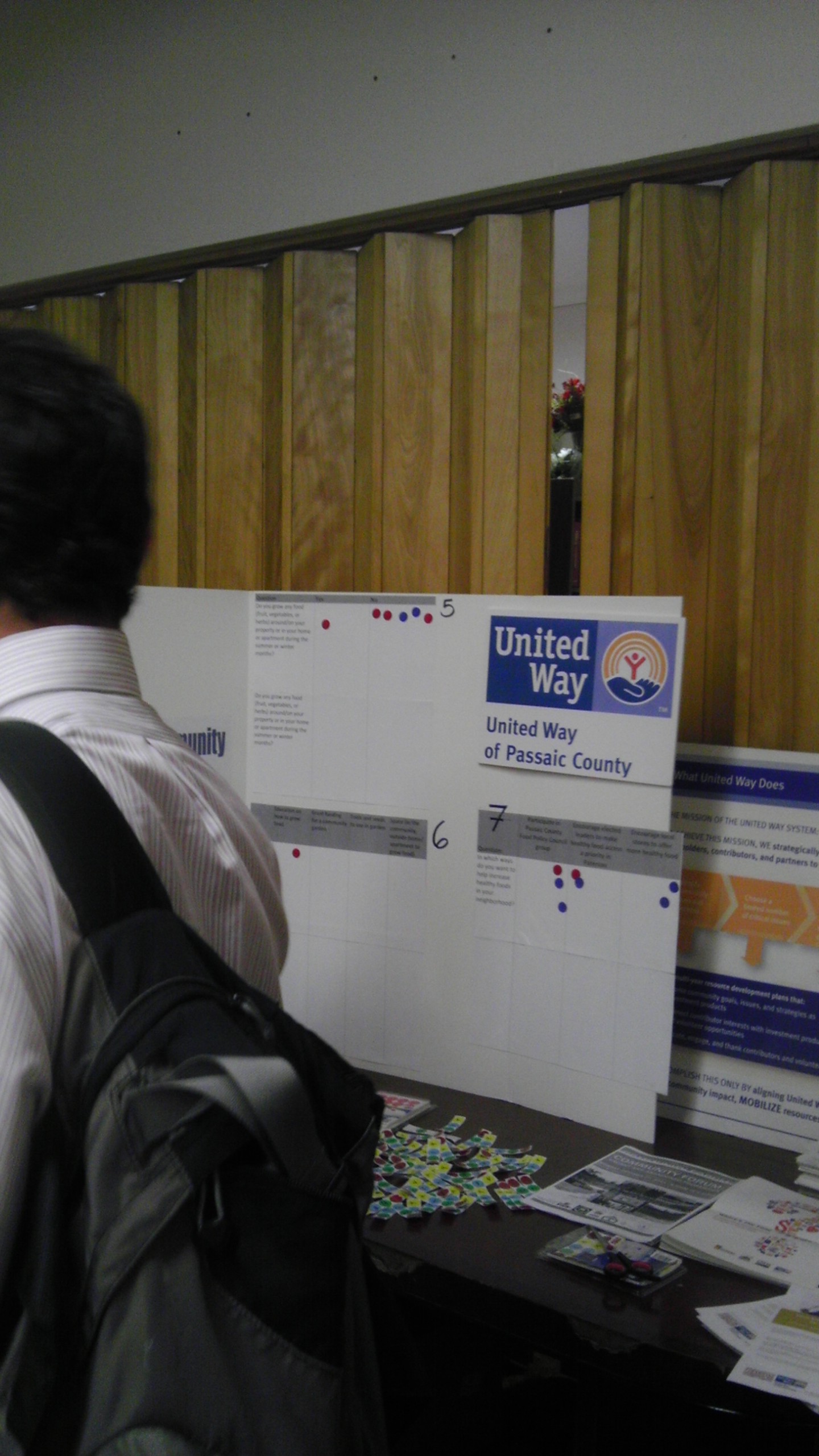 Together North Jersey, a regional planning initiative, held a meeting on Thursday at the Bridgehope Community Church to collect the opinions of Patersonians on regional issues like inequality, discrimination, and food security. 25 people attended the meeting, and each took possession of a clicker to share their opinion with the Rutgers University run initiative.

“We’re doing a regional plan for sustainable development,” said David Aimen, assistant director for the initiative. “We’ll get the input of a group of people on a number of questions.”

The greatest challenge for the region is “declining prosperity” according to those who attended and completed the interactive survey, which instantly calculated the results and displayed them on the screen. “Stagnant” and “uneven job growth” was another big concern in the region for residents. Patersonians pointed out that traffic congestion was also a major issue in the region.

Aimen said, there have been 15 other events across the region to obtain community input on what’s important to each town. What happens to the data collected? “We’re synthesizing all of that,” said Aimen. “We’re exploring what people really believe is important.”

The initiative isn’t just about collecting data; earlier in the year it issued grants to several cities to help them plan and implement innovative ideas in their towns. In Newark the initiative provided a grant to help implement a complete street plan, whereby certain avenues in that city have been transformed into streets that allow for traveling on bike and promote alternative transportation. “It’s recognizing that a street is not just for an automobile,” said Aimen. “It’s also for pedestrians.”

The collected data is used to formulate a plan for the region that takes into account the needs of a large number of disparately diverse communities in the 13 counties that form North Jersey.

United Way, an organization that focuses on food security, organized the meeting, and had an interactive survey of its own. Ucheoma Akobundu, project director for United Way of Passaic County, ran each person through a survey, placing a colored dot sticker on actions that each person does or does not take in order to eat healthy. One question asked the surveyed, whether he gardens and grows his own food – majority of those surveyed answered in the negative. Another asked how far the respondent is willing to travel to purchase healthy food. “It’s for us to know where there is consensus, and how to move forward,” said Akobundu, when asked what use the data will serve.

“When we did the research on what is creating food insecurity in Passaic County, the majority of response we’ve got were related to affordability,” said Yvonne Zuidema, president of the United Way of Passaic County. “Either folks are saying the cost of food has gotten too much for me or I don’t have enough income coming in to cover the basics, such as buying food.” With attendees ranking “high cost of living” and “declining prosperity” as the biggest problems facing the region, the responses given in the Together North Jersey interactive survey was no surprise to Zuidema.

Although the event was promote in flyer as a 1st Ward community meeting it was much more than that – it included items that impact poor urban cities like Paterson. Representatives from North Jersey Transportation Planning Authority, a metropolitan planning organization, whose budget exceeds $2 billion a year, and whose goal is to plan new ways of connecting the thirteen northern counties, were present at the event.

“We’ve got areas of concentrated poverty and segregation,” said Aimen, “those communities are not sustainable communities, and we have to do something about that.” Aimen said, connecting areas of low opportunities with areas of high opportunities is one of the key ways to bridge the income gap. “We’re going to try and connect those poor and segregated communities to places of higher opportunity, and we want to strengthen existing communities wherever they are to increase local opportunities.”