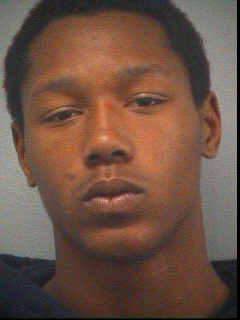 A drug dealer with previous criminal record was arrested on Friday afternoon near Governor Street after a brief chase, according to the Passaic County Sheriff’s Office.

Shaihir Dawson, 18-year-old, was arrested by offices at around 12:30 p.m. on Friday, when detectives from the office spotted him engaging in a drug transaction near the intersection of Auburn Street and Godwin Avenue. Detectives “observed Dawson engage in a possible drug transaction,” read a statement from Richard Berdnik, the county sheriff. “Detectives recognized him as a wanted individual from a previous charge.”

Confirming the suspect, officers approached him, and he began to run. “He immediately began a foot chase when he recognized Law Enforcement presence,” said Berdnik. “Detectives managed to apprehend Dawson after a brief struggle.”

Dawson, who has a previous criminal history “three prior drug and weapons offenses,” according to Berdnik, provided officers with a false identity after being caught. “He was placed under arrested and charged with Obstruction of Justice, Resisting Arrest, Hindering Apprehension by providing a false identity,” said Berdnik in a statement. Dawson has been handed over to the Paterson Police Department awaiting arraignment.