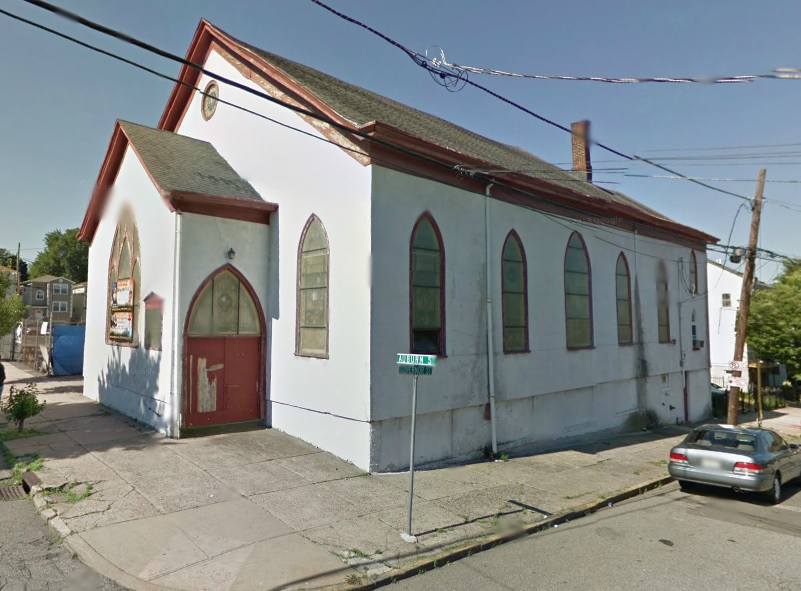 A small group of Patersonians gathered inside the Bethel African Methodist Episcopal (AME) Church on Auburn Street on Friday evening to discuss major issues impacting the city. Among the issues were: youth violence, garbage on streets, declining standards in public schools, and employment for city residents.

Kendall Holt, a welterweight boxing champion, shared his story growing up in the city, and having to deal with some of the same issues youths have to come to terms with today. “My father put me up to boxing,” said Holt, who says youngsters need outlets to let out steam so they do not knife or shoot each other on the streets. “We settled it in the ring, and afterwards remained friends,” said Holt of his upbringing in the city.

He said, whenever there was a disagreement with himself and another, they would go inside the ring to settle it. “Put the gloves on us,” said Holt, who recognized that when someone is gunned down on the street, it doesn’t just hurt them, it hurts a large number of people: “The effect is felt by everybody.”

Allan Boyer, pastor at the church, agreed with Holt, and pointed out the recent cuts in recreation centers that further exacerbate the issue, preventing youth from finding release outlets.

“Paterson right now is a big place for trash,” said Lamal Mattiex, a resident of Governor Street. A problem that is easily noticed by outsiders entering the city; often when entering the city limits from another town, the issue is hard to miss. Similarly, the trash cans placed in the Great Falls National Park, are almost always brimming and overflowing with trash. About 15 people, who attended the forum, were all aware of the trash problem and agreed in silence with Mattiex.

Holt, whose son attends the local public school, said he was surprised to learn that his son was doing basic math in the 5th grade, whereas in his previous school district in Woodland Park, he was doing pre-algebra. “They’re dumbing down the curriculum,” said Kim Freeman, an advocate for a children curfew. “What is this?” was Holt’s reaction when he saw a one page homework assignment from his son’s school with a few easy math problems.

Freeman, while at the forum, urged for a curfew that would make sure teenagers and minors are indoors after 10 p.m.; however, he was quickly corrected by Ruby Cotton, the 4th Ward councilwoman, who said: “Most of the time we don’t know what’s happening in their homes.” She asserted that sometimes the home environment is far worse than the street. And a curfew is no good if it keeps youngsters trapped inside an abusive home. David Gilmore, a mayoral candidate, disagreed with Freeman’s position, arguing that a curfew is a bad idea.

Nancy Grier, of the Neighborhood Assistance Office, provided details on the safe surrender program operated by the attorney general, which helps individuals with outstanding warrants to turn themselves in for minimal punishments. The office, also had job applications for attendees to work as poll workers in the coming election to earn a small amount of money, that would help pay bills.