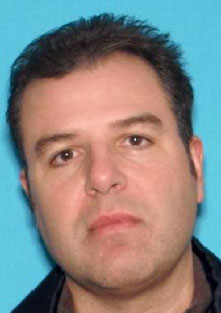 A city chiropractor who scammed insurance companies out of thousands of dollars by providing false documents has pleaded guilty earlier today, announced the Office of the Insurance Fraud Prosecutor.

Joseph Salomone, 45, a resident of Nutley, who operated the Pain and Injury Center of North Jersey from Broadway in Paterson, pleaded guilty to charges of insurance fraud that were brought against him last year. Salomone “pleaded guilty to second-degree health care claims fraud before Superior Court Judge Mitzy Galis-Menendez in Hudson County.  The charge was contained in a July 27, 2012 state grand jury indictment,” according to the office.

Salomone used his staff members to fill out forms that stated the patients, often victims of automobile accident, required continuous treatment at his practice, even when the patients did not need additional treatment.

“This defendant’s criminal actions not only led to the illegal gain of more than $89,000, but also caused dozens of patients to receive unnecessary medical treatments,” said John Hoffman, acting attorney general. “My office will aggressively investigate and prosecute corrupt chiropractors, especially when they use their patients as unwitting pawns in their unlawful schemes.”

Salomone has agreed to repay the ill-gotten gains, and will likely four years in prison. “Under the plea agreement, the state will recommend that Salomone be sentenced to four years in state prison.  Salomone agreed to pay back over $89,000 in restitution to insurance companies for monies he fraudulently obtained,” according to the office. Sentencing for Salomone is set to take place on December 19, 2013.