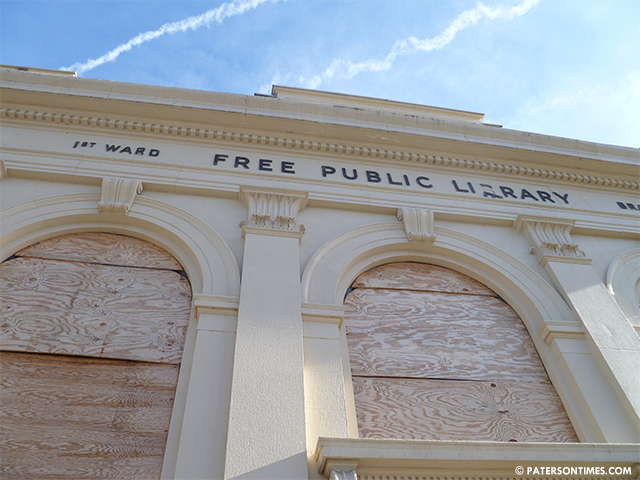 The city’s public library will hold a grand opening of its northern branch on Saturday afternoon at the Christopher Hope Center on Temple Street.

“The Library Board and I consider this to be a temporary – or transitional – home for the Library,” said Cynthia Czesak, the city’s library director. The temporary northern branch is located at 60 Temple Street in room three.

The temp location will not have as much as the flooded library. “4,300 items, mostly books and a couple hundred DVD,” according to Czesak. The former location, she said, had more than 11,000 items. “We only have 4 computers at the new location (because that’s all that will fit); we had 6 at the old location,” said Czesak. The library will have one room at the center as opposed to an entire building at the previous location, forcing it to hold less books and less computers.

Formerly, the 1st Ward library was located on 54 North Main Street, which was inundated with flood water during Hurricane Irene in 2011, destroying everything that was inside the building.

The building, which is presently vacant, has been turned over to the city. “Under State law, as long as a building is occupied for the purposes of library service, it is the responsibility of the Library Board to oversee it,” said Czesak. “When it is vacated and no longer provides those services, a building then returns to the “ownership” of the City.”

Outside the center there is no sign announcing the library branch is located at the building. “I plan to see if it would be possible to install some outdoor signage, but the building owner would have to agree to that,” said Czesak. However, there is a large sign with the center’s name in front of the building which might help guide potential library goers to go inside and locate it themselves.

As for the old location there is no going back. “We will not be reoccupying the building on North Main St.  It was declared uninhabitable by an engineer and we have accepted insurance funds for the loss of the building,” said Czesak. The library has on hand about $200,000 from the insurance money for the northern branch, making it difficult to obtain a large building inside of which the library could settle.

The Paterson Housing Authority has been leasing the room inside the center for the library on an annual basis. “We honestly don’t know long we will be there,” said Czesak. There is no clear indication of how long the branch will be locate at the Temple Street location, but the director is hoping it won’t be too long.

“We are actually working with the Paterson Habitat for Humanity that is developing a plan for the neighborhood and future plans for a Library is included in their planning,” said Czesak. The future plan will allow the library to purchase another location, however if that location is too expensive the library may forgo the purchase.

For the locals living in the northern quarter of the city, the director wishes for them to visit the library. She said, “I hope that the neighborhood residents come and take advantage of what we have to offer.”