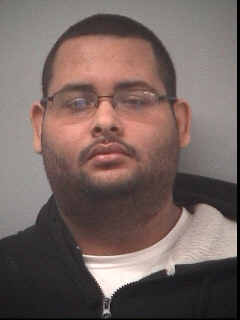 A 23-year-old Union City resident, who worked at a real estate company in downtown Paterson, was arrested on Tuesday for using office equipment to distribute and hold images of child pornography, according to the Passaic County Sheriff’s Office.

Jonathan Bracero, 23, a resident of Union City, who worked in downtown, was arrested by detectives at his workplace at around 5 p.m. on Tuesday by the sheriff’s Internet Crime Task Force.

“Today’s arrest was the culmination of a four-month investigation,” said Richard Berdnik, the county sheriff, in a written statement. “In June of 2013 detectives from PCSO received a report of child pornography being distributed from within Passaic County.  During the course of our investigation, we were able to make contact with the actor responsible and obtained twenty-two (22) files, containing videos of child pornography.”

Bracero was responsible for managing technology at his workplace, he had access to every computer in the network, and abused them to distribute illegal pornography. “He had unlimited access to all of the computer systems and took advantage of his position within the company in order to use their equipment to commit his crime,” said Berdnik.

When detectives cuffed Bracero at his employment, his colleagues and boss were surprised. “The owners and staff of the business were completely surprised at what unfolded today and cooperated completely with investigators,” said Berdnik.

Detectives from the office found images of children inside Bracero’s personal computer, inside his company desktop computer, and inside his thumb drive. Bracero attempted to throw away “a red thumb drive” he had in his possession that was filled with child pornography. “These two computers, as well as other computer equipment and parts in his work area were seized as part of this investigation,” said Berdnik. “An initial preview of the evidence indicates that there are at least 10000 files of suspected child pornography contained within the devices seized.”