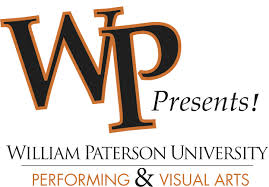 Share in the celebration of gospel as this premier vocal ensemble, under the direction of consummate musician Mack Brandon, graces the stage with a soulful and spirit-filled compilation of gospel songs.

Brandon has been directing for more than three decades, starting as a children’s choir director.  It was in this leadership position that his penchant for musicianship blossomed.  He later became the pianist and musical director for artists such as Ben E. King, The Supremes, The Drifters, Average White Band and the Motown Revue.  He has toured worldwide as a solo act, opening for comedienne Joan Rivers and also for country singer Clint Black.

Brandon’s résumé  is extensive – operating in various realms of the entertainment industry.  He was a music arranger for BBC television in England, composer/producer of television and radio commercials, actor in She Devil (where he played the role of a pianist), and composer of the Brother Men soundtrack, a PBS documentary.

Currently, he is a music professor at Ramapo College of New Jersey, where he has been teaching for more than 15 years.  Brandon is also the pastor of Metropolitan A.M.E. Zion Church in Ridgewood and serves as the director of the New Jersey African Methodist Episcopal Zion Church Conference Choir, which includes more than 30 churches.