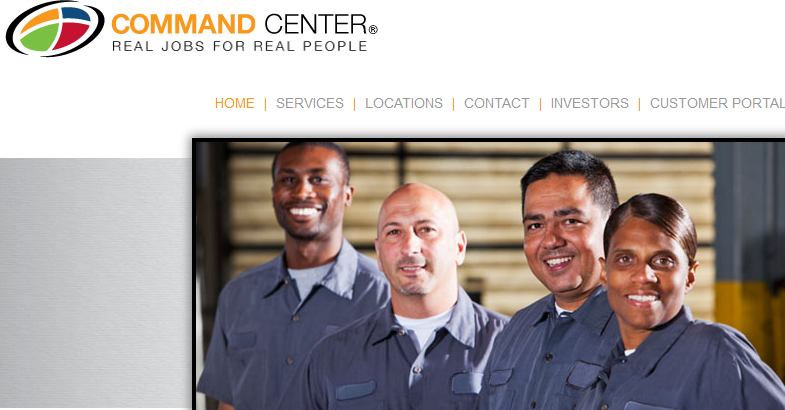 Command Center, a shady temporary employment agency, that hired a number of Patersonians for post-Hurricane Sandy cleanup, has reached a settlement with the State, announced the Attorney General’s Office.

The company — which operated for four months, between November 2012 to March 2013 — settled for $27,800 much of which will go to charities and reimbursement fees to the State for its investigation of the firm. And it also settled with the Department of Labor for $2,844 – money it owed to temporary workers. “The company paid a total of more than $2,844 in back wages to 13 temporary employees,” according to the office. The money was distributed to workers by the department.

The Idaho-based company, whose office was located on Belmont Avenue, which was doing business in the State illegally held back wages of workers after they had performed the assigned jobs. “Temporary help service firms are required to register with the State Division of Consumer Affairs, and obtain a $1,000 bond, in order to legally operate in New Jersey,” according to the office.” The company did not register itself and it did not go through the bonding process.

The company had two offices, one of which was located in the city. “Command Center operated out of temporary offices in Newark and Paterson, where it engaged local residents to perform post-Sandy cleanup jobs for third-party employers,” according to the office.

The state began its investigation after receiving complaints from residents that the company was not paying its employees after they had put in hours. “The complaints from workers came into my department while our state was still picking up the pieces after Superstorm Sandy,” said Harold Wirths, commissioner of the department, in a written statement. “It took some time to check into their allegations that wages were improperly withheld, but we were pleased to conclude our end of this matter earlier this fall by getting each of the 13 workers their back-pay in full.”

The two settlements were separate: the $2,844 was for unpaid labor; the $27,800 were penalties for neglecting to comply with State laws. $10,000 from the larger amount will be donated to the American Red Cross of North Jersey for ongoing recovery from the storm; $15,000 will go towards paying fines levied for doing business illegally. And about $2,800 will go to the various agencies that investigated the company after receiving complaints.

“The company also noted that it has ceased operation as a temporary help service firm in New Jersey, and will not operate here again without being duly registered,” according to the office. “Even during the difficult period following a disaster like Sandy, we will not permit any out-of-state business to put New Jerseyans at risk by violating our laws,” said Eric Kanefsky, director of Division of Consumer Affairs.