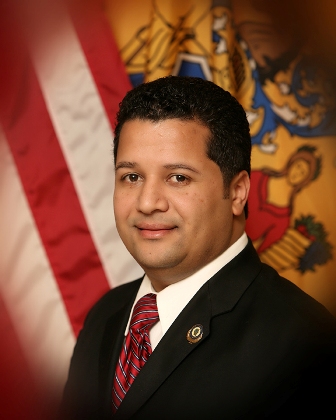 Rigo Rodriguez, councilman at-large, who has been accused by the attorney general’s office of witness tampering during an investigation over a city election in 2010, is set to appear before Donald Volkert Jr., a judge at the county court, Thursday morning.

Rodriguez was arrested along with his wife and high ranking campaign staffers on December 2nd, 2010. Lissette Rodriguez, his wife, Juan Jimenez, his campaign treasurer at the time, Lucia Guzman, and Wilson Torres.

Rodriguez, his wife, and his campaign treasurer, were charged with witness tampering and tampering with public record. All three allegedly trained voters on ways to answer questions raised by police during the course of an investigation that arose out of Rodriguez’ council-at large election. The office alleges that Rodriguez and his team sniffed out the investigation being conducted by the attorney general and began to instruct voters on how to respond to questions.

Guzman and Torres were charged with voter fraud and tampering with public records at the time. “All allegedly acted as bearers/messengers for mail-in (absentee) ballots,” read a release issued by the office back in 2010. “The complaint summonses allege that the defendants tampered with mail-in ballots and/or voted mail-in ballots on behalf of voters who did not receive the ballots or who did not authorize them to vote for them.” 14 people were arrested for the voter fraud scheme during the week of December 2nd, 2010.

Torres, who is supposed to appear before the judge on Thursday, remains a fugitive. “Rodriguez, his wife, Jimenez and Guzman are scheduled to be in court tomorrow morning in Paterson before Judge Volkert at 9 a.m,” according to a statement obtained earlier today from the office. After the arrests which occurred during the morning hours of December 2nd, 2013, the councilman and his aides were released in the afternoon from the State Troopers barracks in Totowa.

Rodriguez was contacted twice, the first time he said he would call back, and the second time it went to voicemail.

Correction: the initial article read 2-year when it’s been 3-year since the councilman was arrested in 2010.