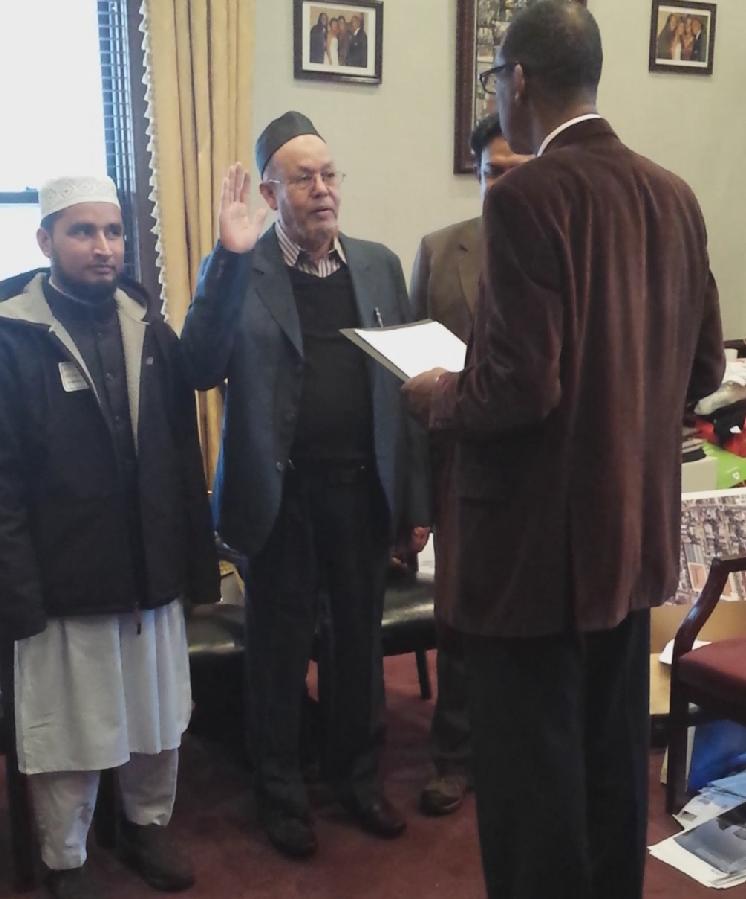 Ansar Ahmed, (pictured), 65-year-old, a longtime city resident, who immigrated to Paterson some four decades ago, was sworn in as the newest member of the city’s Library and Museum Board of Trustees on Thursday, January 9th, 2014. The board governs library policies, operations, and oversees the Paterson Museum.

Mohammed Ahmed, the second appointee, has been appointed to the city’s Historic Preservation Commission, which oversees the preservation of historical sites in the city, like old silk mills and the City Hall building on Market Street.

Jeffrey Jones, the city’s mayor, appointed both individuals, and administered oath. Ansar Ahmed, who has lived in the city for almost 40-years, has served as the president of the Islamic Foundation of New Jersey, an organization that runs a mosque on Van Houten Street.

Ahmed did much to promote good citizenship in the city’s burgeoning Bangladeshi community by assisting individuals in filling up complex neutralization forms, urging them to become registered voters, and prodding them to vote whenever an election date is near.

Mohammed Ahmed, a student finishing up his 4th year in the New Jersey Institute of Technology, was sworn in on Thursday, December 26th, 2013. Both men, unrelated, are the first and second, Bangladeshi commissioners ever to be appointed in the city’s history; each is appointed on a three year term — their terms expires in 2017.