Crime in Paterson down by 9-percent | Paterson Times

The total number of criminal incidents in the city decreased from 6,188 in 2012 to 5,621 in 2013, marking a nine percent decline in crimes, according to recent statistics obtained from the Paterson Police Department. 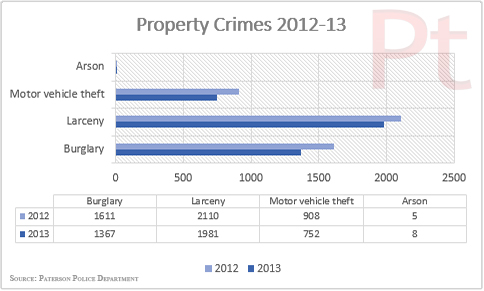 Arson was the only category in property crimes that saw a massive increase of 37-percent: in 2012 there were five incidents, in 2013 there were eight. 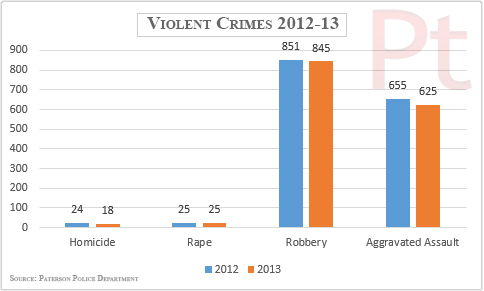