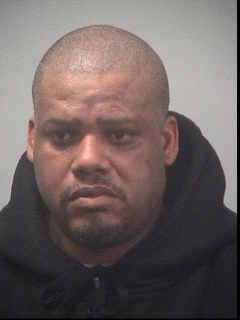 A city man walking around with three outstanding warrants for neglecting to make child support payments and 93 packets of heroin in his pockets was arrested on Friday afternoon, announced Richard Berdnik, the Passaic County Sheriff.

Robert Stucks, 44-year-old, was walking near Fair and Paterson Streets on Friday at 1:50 p.m. when a detective spotted and identified him, leading to an arrest. “Stucks was known to the detectives to have 3 outstanding Passaic County Child Support warrants, totaling $79,867.00 in back support,” according to Berdnik.

During a search Stucks was found with a large number of illegal drugs. “Detectives immediately stopped Stuck and during his arrest, he was found to have 93 glassine envelopes of Heroin in his possession,” read a statement from the sheriff’s office.

The suspect has been charged on drug possession; Stucks has been lodged in the county jail house.