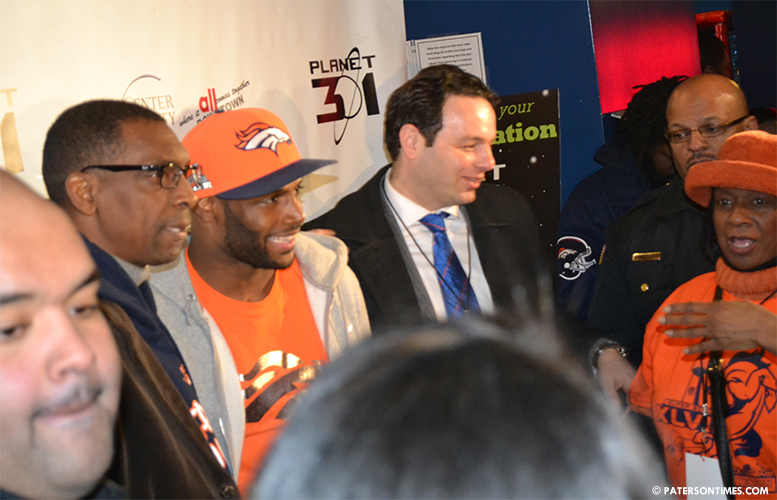 The Super Bowl is being held less than 20-minute drive from Paterson yet the city, unlike its many neighbors, has no events scheduled for the weekend to take advantage of the influx of football fans flocking to northern New Jersey.

Jeffery Jones, the city’s mayor, said folks putting together the game did not designate the city as an attraction. He cited a lack of will at the State level to exploit the championship game. “Somehow it appears as though the State of New Jersey, other than the immediate and surrounding area of the super bowl, has not itself embraced the potential of the super bowl as a revenue stream.”

Jones said the city cannot afford to put up events; however, he stated restaurants and other establishments within the city will put together various events on Sunday.  “Different establishments will have things,” said Jones, while mentioning the Jacksonville restaurant will have a party inside where football fans can watch the game and celebrate.

Two mayoral hopeful said this was lost opportunity for the city. “Unfortunately that was a missed opportunity by the administration,” said Andre Sayegh, one of the three candidates who have successfully met petition requirement to be on the ballot in May. Sayegh citied many things the mayor could have done to take advantage of the city’s proximity to the game. “You could have leveraged the Great Falls,” said Sayegh. “You could have done a restaurant week in South Paterson or 21st Ave.”

When asked why he did not put together something in his ward, Sayegh said his primary function is making laws and suggested the mayor should have employed his economic development team to capitalize on the game. “He’s got an entire team that’s devoted to economic development and community development, they should be spearheading it. I could have partnered with them.”

Maria Teresa Feliciano, another candidate for mayor, agreed that the city missed out on its chance to take advantage of its location. “We as a city should be more creative in implementing ways to bring in revenue,” said Feliciano. “Maximize the benefits of being close to New York.”

“It could have been helpful. It could have excited some people,” said Aslon Goow, who this week turned in his petitions and became qualified. Despite the excitement that would have been created, Goow said people would be too scared to come out to the city. “Outsiders are not coming in because of the fear of being robbed or killed,” said Goow. “They don’t come here now. They won’t come here for any Super Bowl event.”

Sayegh said if he was in office he would have approached things differently. “I would have used this as an opportunity to promote Paterson,” said Sayegh.

Note: Although a large number of individuals have indicated they will run for mayor only Sayegh, Goow, and Feliciano turned in petitions to be on the ballot in May.