In a memorandum issued to high ranking district officials, Donnie Evans, district superintendent, declared the city’s school district is imposing a hiring freeze. “As previously communicated by me, our district must make serious adjustments to live within our means,” read the memo issued by Evans on Wednesday.

The freeze, according to the memo will not apply to teachers and administrators, who are considered as essential staff. The document reads, effective Thursday, the district is, “imposing a hiring freeze on all non-essential positions.”

The measure is part of Evans’ strategy to avert an impending financial crisis. The superintendent had indicated during a meeting in December his wish to cut staff in the district office by 25-percent before the end of the current school year.

Evans’ clarified his 25-percent remark during Wednesday’s regular meeting, stating that 25-percent of the district’s staff cost will be reduced, not that he would get rid of 25 out of of a group of 100 employees (just an example).

Evans’ wrote, grant and federally funded employees will be excluded from his cost cutting strategy. Evans’ said he does not want to jeopardize grant money by violating award terms or agreements.

The district, which closed a budget gap during the most recent fiscal year by plugging in $42.9 millions from its surplus funds, will feel the squeeze come 2015-16 fiscal year, according to Evans. 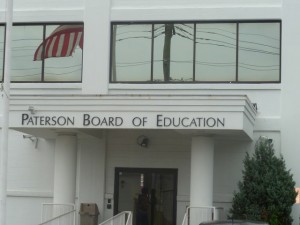