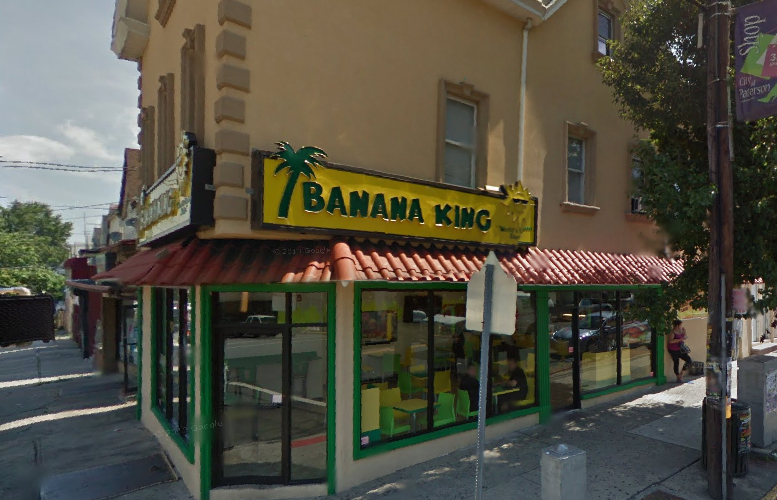 A city man was wounded in the right leg outside a restaurant on Madison Avenue during the early morning hours of Saturday, according to the Paterson Police Department.

The victim, 22-year-old, was outside the establishment at around 3:30 a.m. on Saturday, when a fight broke out.

Police investigation determined that “the victim was involved in a physical altercation outside of the restaurant, and that during the altercation, an involved male produced a handgun and fired at the victim, striking him before fleeing the area.”

Anthony Olivo, 20-year-old, a resident of Ridgewood, was one of the two belligerent parties. As the two men’s conflict escalated a security guard from the Banana King restaurant stepped in and intervened.

“As the shooting was occurring, an armed security guard employed by the restaurant (not a law enforcement officer) intervened, and fired his weapon at the suspect,” according to police.

Wounded in the leg by the security guard Olivo sought medical attention by transporting himself to St. Joseph’s Regional Medical Center. At the hospital Olivo told emergency room staff that he was wounded in another part of the city. “As the investigation progressed, Detectives developed information and were able to identify Anthony Olivo as the alleged shooter in the incident,” according to police.

Police rushed the wounded victim to the hospital for treatment. Olivo has been charged with attempted murder, aggravated assault, weapon possession, and he is being detained at the police lockup.

The armed security guard who wounded the suspect, said police, is licensed to carry firearm. Police have said the investigation is continuing and are encouraging anyone with information to contact the department.

Anyone with information is asked to contact Detective Carlos Charon or Prosecutor’s Detective Rick Ferreira of the Ceasefire Unit at 973-321-1342.