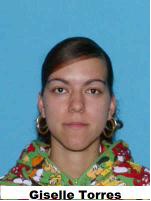 A 28-year-old woman was arrested on Thursday for setting fire to a section of St. Joseph’s Regional Medical Center, announced the Passaic County Prosecutor’s Office.

Giselle Torres, 28, a city resident, was admitted into the hospital’s emergency room on Thursday morning. From the emergency room she wandered into a different area of the hospital and used a match or a lighter to set fire to the dental clinic, according to authorities.

“The hospital’s sprinkler system was able to suppress the fire without injury to any person,” according to the prosecutor’s office. It is estimated that more than $200,000 worth of damage was caused as a result of the fire.

Authorities have yet to figure out Torres’ motive for setting the fire.

“Giselle Torres has been charged with 2 counts of Aggravated Arson, a second degree crime, which requires a jail sentence up to 10 years,” according to authorities.