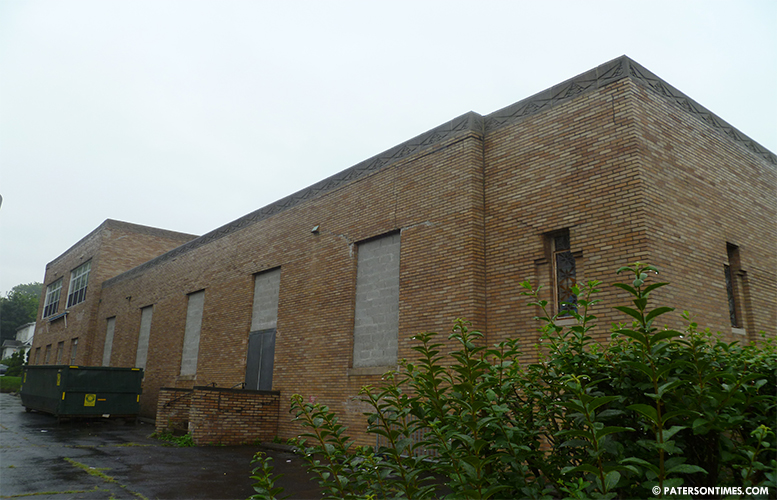 After a lengthy battle that lasted almost a year, the residents of Linden Road have won a battle at the board of adjustment on Thursday night, forcing the Paterson Arts and Science Charter School to go elsewhere.

“We did it!” said an elated Robert Kersey, who along with his wife and neighbors have been fighting the building owner and the school since last summer.

During Thursday’s hearing, James Lott, lawyer for the school, argued that Kersey’s appeal to the board was late and it should be thrown out. The school obtained zoning permit on May 21st, 2013.

After the permit has been issued an appeal must be filed within the following 20-days; however, Kersey said he did not know about the school coming into the neighborhood until he read it in a newspaper on July 19th, 2013. Kersey said, as soon as he learned about the school, he rushed to the city hall on July 29th, and complained.

Lott argued because Kersey “sat on his hands” he missed the appeal window. Marco Laracca, city’s lawyer at the board, allowed the board to vote whether Kersey’s appeal, filed months after the permit was issued, was on time because Kersey did not know of the developments until he read it in a newspaper, but after doing so he acted and appealed.

The entire board voted in Kersey’s favor that the filing was on time.

Last time both parties were before the board, Laracca told them to sort it out on their own. The argument back in September that was made by the school’s lawyer was that prior to this school there was another school, therefore it was “continued occupancy.”

BUILD Academy the previous school that was located in the former Temple Emmanuel had only 150 students, while the charter school is set to have around 306 and 486. “Clearly the logistical requirements of the two schools cannot be considered the same, and the current conditional use cannot be categorized as a continuation of a previously approved conditional use,” argued Eduardo Jiminez, Kersey’s lawyer in a brief.

Because the area is R-1 residential neighborhood with one family homes, under city ordinance schools are a conditional use. City’s zoning law states a continued certificate of occupancy cannot be issued by a zoning officer as was done in this case, but must be approved by the city’s planning board.

The board by city’s zoning law had to consider certain perimeters prior to giving the permit, mainly, Jiminez argued, that the use of the property “would substantially impair the use and enjoyment of surrounding properties.”

Robert and Hattie Kersey, his wife, had large boards showing the traffic problems the school was causing in the neighborhood. Large freight trucks would make deliveries at the school only to be stuck making a turn on nearby narrow Pope Road.

“There’s kids in the school. School year started, we’re not going to disrupt that,” said Laracca last time the Kerseys were before the board. On Thursday the board voted to allow the school to operate until June. “They’re not coming back in September,” said Mr. Kersey. “The board knocked them down.”

The second vote revokes the school’s certificate of continued occupancy which was erroneously issued by a zoning officer.

Lott called the vote “outrageous,” saying he and the school will appeal. “If he does appeal he’s not going to win next time,” said Mr. Kersey. Lott has 45-days to file an appeal.

“They can appeal,” said Jiminez. “We’re going to continue.”