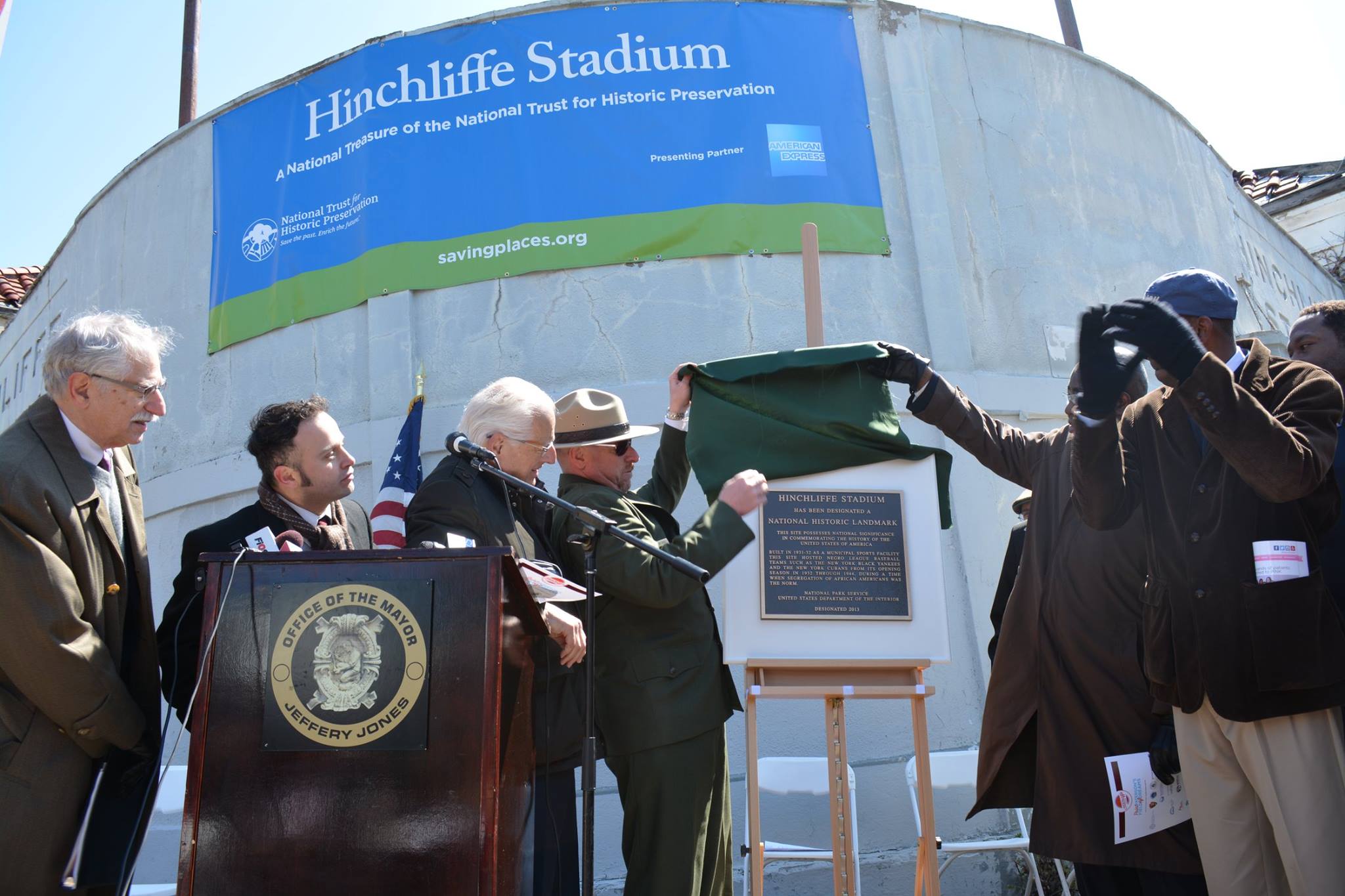 Standing at the corner of Maple and Liberty Streets, the congressman joined by Darren Boch, superintendent of the Great Falls National Park, and other local officials, unveiled the landmark designation plaque issued by the United States Department of Interior.

“Although we’ve made strides towards getting Hinchliffe the recognition it deserves,” said Pascrell, who prior to becoming a member of the congress was mayor of the city, “there is still more work to be done to ensure this pillar of our community stands strong for generations to come.”

The stadium sits just steps away from the national park at the Great Falls. Last week, Pascrell announced that a bill to include the stadium within the park boundaries made its way out of the House Committee on Natural Resources, first step in the inclusion process.

“This is why I introduced the Hinchliffe Stadium Heritage Act in order to grant this historic landmark the distinction of being included within the boundaries of the Great Falls National Historical Park,” said the congressman.

If the city decides to modernize and entirely restore the stadium which has been in disrepair for more than a decade it will cost approximately $44 million, according to Wank Adams Slavin Associates (WASA), a New York based design and architectural firm, which recently completed a study of the stadium.

Once the stadium becomes part of the national park it will continue to remain in the hands of the city’s public school district, but the National Park System will obtain an easement to ensure the park is preserved for posterity.

The stadium received historic designation because it is one of the few remaining stadiums in the country where the Negro league held baseball games.

A number of volunteers came out in the wintry spring weather to clean up and paint the stadium. “The hundreds of volunteers who have signed up today to lend a hand prove our ongoing commitment to Hinchliffe Stadium, and I thank them all for their invaluable service to our community,” said Pascrell.