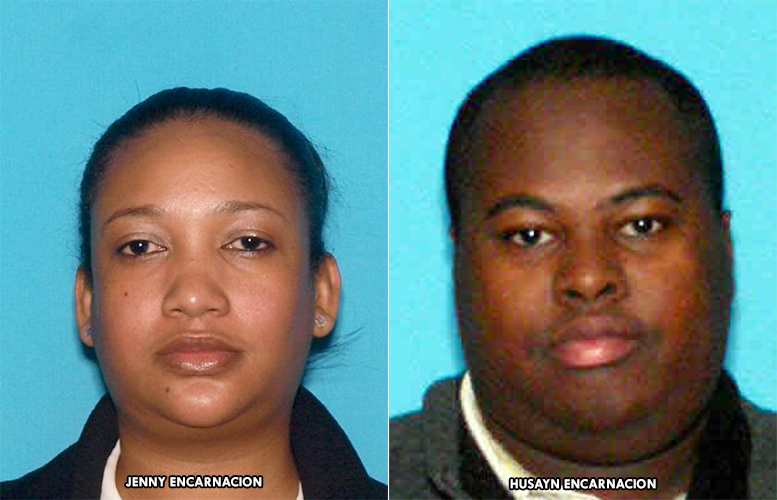 A city couple who engaged in a fraud scheme to defraud auto insurance companies out of money were charged with second degree conspiracy, insurance fraud, and theft by deception, according to the New Jersey Attorney General’s Office.

Husayn Encarnacion, 35, and Jenny Encarnacion, 33, both city residents were arrested last Wednesday, after an investigation by authorities revealed the couple along with four others were involved in a scheme to defraud Mercury Insurance Group and Plymouth Rock Assurance companies out of $78,000.

Authorities also apprehended the four other suspects, all from Passaic City. Authorities said the couple were persuaded by one of the four suspects to “participate in the staged automobile accident.”

From March 2009 to August 2013 the group conspired to defraud insurance companies out of funds. In April 25, 2009 one of the group members purposefully crashed a Dodge Caravan into Dodge Avenger that was being driven by another individual who authorities have yet to indict.

Following the staged crash the couple and the group visited medical doctors at the expense of the insurance companies. “It is alleged that, as a result of the illegal scheme, the defendants and their medical providers received a total of $78,829 in medical reimbursement payments and bodily injury settlements,” according to authorities

“Staged automobile accidents have a domino effect on the insurance industry,” said John Hoffman, acting attorney general. “By staging these types of accidents and engaging in fraudulent conduct, the participants in these schemes drive up the cost of automobile insurance in this state.”

The group were arrested after an investigation into a previous incident that happened in the county, according to authorities.