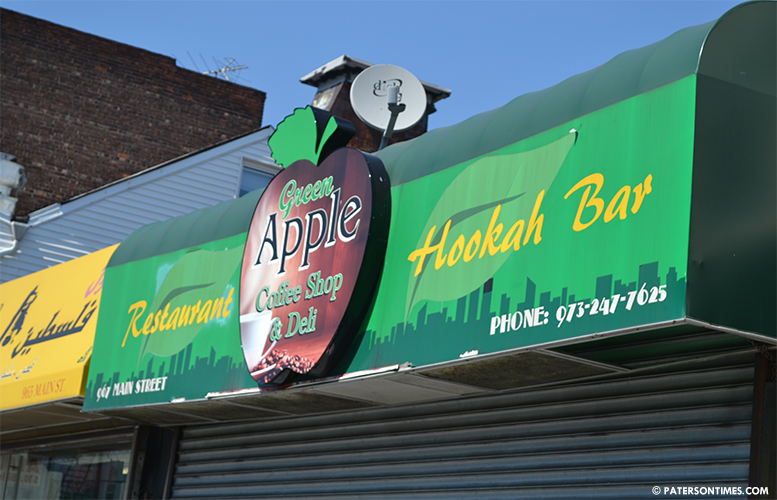 City officials targeted two troublesome businesses in the city’s South Paterson section Friday night shutting down both of the businesses after finding violations.

Dubai Lounge a restaurant that opened on the site of the infamous Lava Lounge on Montclair Avenue was cited for indoor smoking violation and maintaining an illegal pool table, according to Andre Sayegh, 6th Ward councilman.

Big Apple, a former hookah lounge, whose owner promised to mend his ways was busted after authorities found him engaging in other business activities besides functioning as a delicatessen as he had promised and obtained license to do.

“They’re supposed to operate as a deli, but they’re not a deli,” said Sayegh.

Residents in the area reported the Big Apple had stationed a bouncer at the entrance of the door charging patrons as they walked inside much like a bar.

Mohanad Alrubaye, owner of the Big Apple, said Friday afternoon that he was running a deli, but when asked why he opened the Main Street establishment only during the night Alrubaye hung up the phone.

In January, Alrubaye’s business was closed down after authorities found he was selling hookah to underage patrons. “I can’t serve no more hookah inside, but I’ve already fixed all the fire violations,” said Alrubaye on Friday afternoon hours before authorities visited his business.

“He’s got some serious explaining to do because we took him to court, and I was in court: he told the judge, he promised the judge that he would operate as a delicatessen,” said the 6th Ward councilman.

Both establishments were contacted for this story following the shutdown, neither responded.