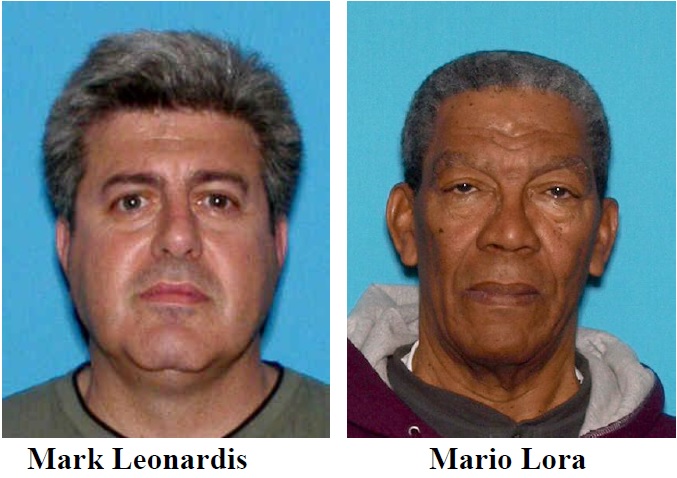 Authorities arrested two men on Monday afternoon who allegedly disabled the emergency sprinkler system inside the large industrial building on George Street that brunt to the ground in February, according to the Passaic County Prosecutor’s Office.

Mark Leonardis, 57, a resident of Weehawken, and Mario Lora, 66, Passaic resident, were arrested on Monday, after authorities say the two men disabled the emergency sprinkler system inside the building that was meant to suppress fire.

Leonardis owned Quality Metal Finishing a company that was operating out of 90 George Street. Lora was a custodian working for the company.

“This building was a city block long and was a three-story commercial structure, which housed three businesses, one on each floor,” according to authorities.

Authorities have not stated the motive behind Leonardis’ action.

The fire which broke out during the morning hours of February 5th, 2014 burned for almost a week before the entire block was charred. “The fire lasted approximately five days with firefighters working around the clock,” said the prosecutor’s office. “By the end of the fifth day, the building was destroyed.”

“Upon investigation it was discovered that the buildings emergency sprinkler system valve chain was cut and the system was disabled making it impossible to suppress the fire,” said authorities. “Mark Leonardis and Mario Lora each have been charged with the Second Degree Offense of Causing Widespread Damage which requires a state prison sentence of up to 10 years.”