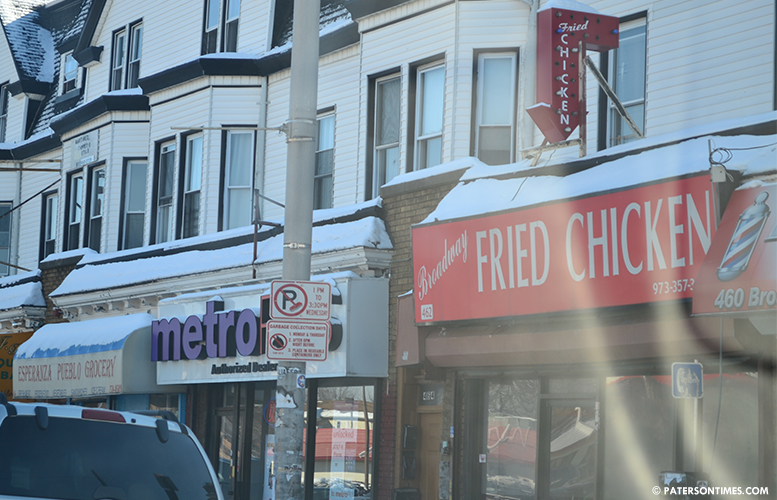 After losing a family member during a shooting incident outside a chicken joint on Rosa Parks Boulevard last summer, the family of Mark Harris, the slain city man, came before the city council on Tuesday evening to seek an update on an ordinance to regulate hours of operation for late night establishments.

“I came to talk about these stores on Graham Ave and 12th Ave,” said Mark Harris, senior, father of the slain. “My son got killed, July 14th, 2013, and they’re still open all night.”

During the summer of last year, the council introduced an ordinance to regulate business hours in hotspot locations, but that came to a pause when city officials figured it would be challenged in court, so began the lengthy process of adding police statistics to the ordinance to strengthen and thwart any forth coming court challenges.

Since then, very little progress has been made on the ordinance.

“Where are we with the ordinance that regulates store business hours of operation?” asked Nicole Harris, sister of the slain.

“We’ve been working on this ordinance for a few months now,” answered Ruby Cotton, head of the public safety committee and 4th Ward councilwoman.

Cotton said the ordinance has to be beefed up before the council approves to avoid any possible overturning by the judiciary. “We have to be real careful when we write the ordinance because it could be overturned,” said Cotton.

At one point Cotton mentioned certain homes in the area that breed nuisance, but no one calls to complain to the police, suggesting the police department may not have enough data to classify the hotspot locations as such.

“In the judiciary they look at quality of life issues,” explained Kenneth McDaniel, councilman at-large. McDaniel said the court system uses quality of life complaints in an area to determine whether a location is a hotspot.

Often, explained McDaniel, a resident might assume a street corner or an avenue is a hotspot based on the shootings and murders at the location, but the judiciary may not agree.

“Any ordinance we consider needs to have a provision that put in place certain standards a business must meet in order to stay open; those standards can include cameras on the outside, monitoring systems on the inside,” said Kenneth Morris, councilman at-large.

Morris also suggested businesses that remain open after midnight ought to have an armed security guard stationed at the establishment. “If you want to remain open you have to abide by these standards,” said Morris.

“If we don’t have it, what’s going to happen in the summer time is we’re going to have a blood sprayed of bodies everywhere,” said Nicole Harris. “We need these stores to close at regular hours.”

She then mentioned the shooting death of 24-year-old Ralph Dennison who was gun down during the early morning hours of April 15th, 2014. “Death has hit our home again, last Tuesday. Ralphy Dennison was shot and killed in front of another chicken store.”

Harris, the son, was 30-year-old, when he was shot and killed on Rosa Parks Boulevard last summer. “My son made two steps out of the store before he got shot,” said Harris, the father.

The father mentioned the lack of police presence in the rough 4th Ward neighborhoods. “You have cops on Broadway, but you don’t have cops in the hood,” said Harris.

“No, the cops are in the hood, they’re on 10th Avenue now,” responded Cotton.

“We have to make sure the language is air tight,” said McDaniel. “We’re talking about business, it’s their business to challenge anything that’s going to slow down their profits, so they’ll take it to court probably through the method of class action lawsuit.”