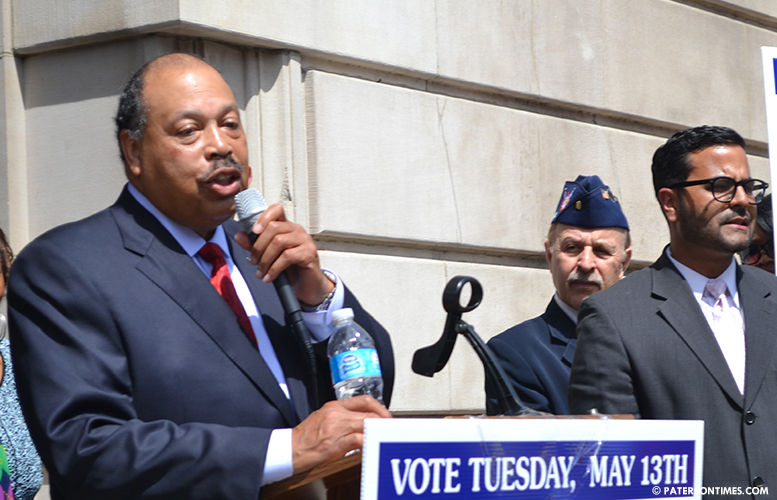 In response to a letter sent by thirteen candidates running in next week’s municipal election, the Attorney General’s Office said it will deploy deputy attorneys general to the city to monitor the elections.

“Deputy Attorneys General from our office will be on duty in Paterson on election day to monitor the election process and assist with any voting-related legal issues that may arise,” said Leland Moore, spokesperson from the Attorney General’s Office, in an email on Tuesday afternoon.

Aslon Goow, former 2nd Ward, who organized the effort, said he welcomes the news. “”We welcome that and I was confident they would [send monitors],” said Goow. “I think they see the very same concerns we’ve had.”

Seven out of the eight candidates affixed their name to the letter demanding on-the-ground election monitors on May 13th, 2014.

The letter raised concerns over the impartiality with which John Currie, chairman of the Passaic County Election Board, would conduct his duties at the board after openly endorsing Andre Sayegh, 6th Ward councilman.

Currie who is also the head of the county and state Democratic Party has placed the party’s resources behind Sayegh with large amount of funds coming from big party politicians like Stephen Sweeney, South Jersey Democrat, serving as the senate president; and Steven Fulop, Jersey City’s new mayor.

“That’s great news,” said Jose “Joey” Torres, former two-term mayor. Torres said when the integrity of the “triple role” election board chairman is being questioned, it’s best to have monitors to prevent any perception of impropriety.

“I’m inspired that the Attorney General responded to our request,” said David Gilmore, a city activist contesting in next week’s race.

“My position wasn’t that there was going to be something wrong,” said Torres, explaining it makes sense to have more eyes on the process to ensure standard procedures are followed.

The letter read, Currie “cannot fulfill his duties in an impartial manner as chair and commissioner of the Board of Elections.” Currie described the request as a personal attack and “an affront to the honest and hard working Division of Elections employees.”

Candidates who signed onto the letter said they simply wanted a fair election.

Only mayoral candidate not having signed the letter was Sayegh; two council at-large candidates, Kenneth McDaniel and Maritza Davila also did not sign the letter.

Gilmore said Sayegh is not committed to fairness because he did not sign the letter asking for additional oversight. Lizbeth Davies, spokesperson for Sayegh’s campaign, could not immediately be reached for comments.

“It’s unfortunate,” said Jeffery Jones, incumbent mayor, that a resident’s “one single opportunity to contribute, has to now be guarded.”

“It’s not saying that we expect it’s going to be crooked or someone’s going to be cheating, it just makes everyone feel more comfortable with this election,” said Bernard Jones, executive director of the Paterson Community Health Center, who is running for an at-large council seat. “It allows everything to be fair across the board.”

Moore said multiple representatives from the state will be on the ground to respond to concerns that may arise on election day.

“I’m grateful they’ll come in and be the oversight,” said Torres.