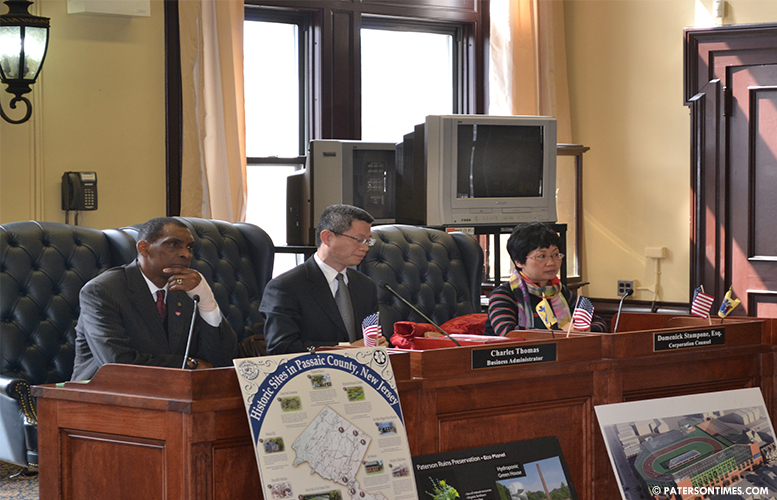 An appeal filed by Jeffery Jones, the city’s mayor, to force the city council to stop disciplinary procedures against his appointed department heads and a no confidence vote on the mayor, was dismissed on Tuesday by appellate court judges Marie Lihotz and Richard Hoffman.

The appeal filed on November 20th, 2013 sought to overturn a previous order where Thomas Brogan, superior court judge, rejected Jones’ a request to restrain the council “from holding hearings regarding the employment of [certain employees].”

“I filed with the court because the council did not have the authority to sanction employees in terms of suspending people and firing those people,” explained Jones.

“The council has always taken the position that we’re fully within our rights to not only conduct the investigation, [but] to subpoena the department heads, as well as discipline,” said Kenneth Morris, chairman of the finance committee, who led the overtime hearings.

The decision read that the order was “interlocutory,” meaning Brogan partially addressed the issues raised in the initial complaint, making the order unappealable. “There was no final judgment and the trial court’s ruling did not dispose of all issues,” wrote Lihotz and Hoffman in their decision.

“The local judge did not address those issues, you can’t appeal something he didn’t do,” said Jones.

After the court rejected Jones’ request the council continued its investigation and its witch hunt over the inappropriate overtime checks issued to department heads. The council suspended Charles Thomas, the city’s business administrator for 60 days. It vanquished the position of chief-of-staff firing Charles Pettiford. The council passed a non-confidence vote on Jones.

“There’s no such standards in the code for no confidence vote,” said Jones. The Faulkner Act which sets forth the city’s form of government allows the council to pass a resolution expressing its disapproval for anything it wishes.

“The Faulkner Act is very clear on this issue, so I was surprised that the mayor would waste taxpayer money pursuing what was really a frivolous action against the council when a superior court judge already ruled and didn’t rule with any ambiguity,” said Morris.

“I think there’s several ways to look at this,” said David Gilmore, an activist, who is a vehement critic of the administration. “The timing is impeccable in terms of the election process,” said Gilmore. “It’s a reminder to the public.”

The activist said the court dismissal proves the mayor was wrong. “They threw out his appeal, so doesn’t that speak volumes?” asked Gilmore.

Both Jones and Gilmore are competing in Tuesday’s mayoral election.

Jones explained that the whole mess happened because the city has outdated procedures. “Policies and procedures that exist in the city need to be addressed, they are so convoluted and they’re so old and so antiquated,” said Jones. “There’s nothing that shows it was willful, you don’t see any charges against anybody.”

Jones said the council attempted to make it seem as if the entire administration had some sort of a conspiracy to take money from the city. And he questioned the motives of those that held the hearing attributing it to political machination. “It had everything to do with people trying to be political. It had nothing to do with whether or not what was alleged,” said Jones.

“This most recent decision re-affirms what we already knew,” said Morris. “The taxpayer suffers when that happens.”